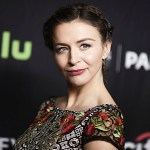 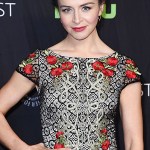 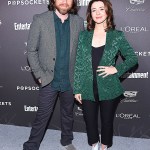 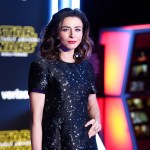 After over 10 years of marriage and three children together, ‘Grey’s Anatomy’ actress Caterina Scorscone and her husband, Rob Giles, have decided to go their separate ways and begin divorce proceedings.

Caterina Scroscone and her husband since 2009, Rob Giles, are getting a divorce. Los Angeles court documents obtained by HollywoodLife detail that Caterina filed the petition for divorce on May 8, with Commissioner Kimberly Dotson already assigned to the case. A rep for the couple confirmed the news in a statement to HL. “Caterina and Rob have separated. They remain friends and are committed to co-parenting their children in a spirit of love.” The Grey’s Anatomy actress, 38, and the former The Rescues band member married in Toronto in June 2009. The couple welcomed three daughters together during their marriage — Eliza, 7, Paloma Michaela “Pippa,” 3, and Arwen Lucinda “Lucky,” born in December 2019.

It wasn’t that long ago that Caterina was gushing about her precious baby girl and her home life. In an Instagram post that Caterina shared to her grid on April 11, the actress was seated in a picturesque room of her house, cradling her baby girl close to her chest with a number of books framing the sweet setting. “I love my baby. I love books,” she captioned the image, adding that she and her husband “went with what was her middle name. Lucinda. ‘Lucky’ for short,” for the name they would call their third daughter.

Caterina joined Grey’s Anatomy as a regular cast member in 2014, after appearing in episodes in 2012 and 2010. Her character, Amelia Shepherd, was introduced on the spin-off series Private Practice, in which she starred from 2010-2013. Caterina’s character is also the sister of fan-favorite and original character Derek Shepherd, played by Patrick Dempsey.

Caterina was actually pregnant while filming both TV series. Her first pregnancy, with daughter Eliza, was written into the third season of Private Practice. Her third pregnancy was also written into the 16th season of Grey’s Anatomy. Her character has also crossed over to the series Station 19 for a number of episodes. Prior to joining the Grey’s Anatomy universe, Caterina starred alongside Mel Gibson in the 2010 film Edge of Darkness. She also played the title character in the miniseries Alice, a sci-fi take on Alice’s Adventures In Wonderland by Lewis Carroll, for which she received praise for her performance.