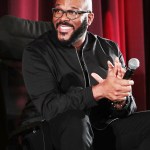 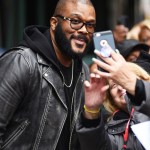 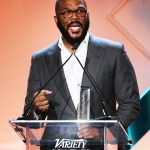 As Tyler Perry plots a safe way to start filming his drama ‘The Oval’ again, BET’s fictional POTUS promises fans that the storyline is about to get even hotter.

UPDATE 5/11/20, 8:27pm EST: On May 12, BET announced that Tyler Perry’s The Oval will start filming Season 2 in Atlanta, Georgia in July. “We are excited to continue our partnership with Tyler Perry and for the renewals of our two Wednesday night programming staples, The Oval and Sistas,” Scott Mills, President of BET said in a statement, also referring to Tyler’s comedy-drama series. “BET is committed to investing in quality programming from top industry power players and giving viewers more of the content they love and expect from the brand across our platforms.”

Production will begin on July 8 at Tyler Perry Studios, nearly four months after it was halted due to the coronavirus pandemic. HollywoodLife has reached out to the filmmaker for a comment. BET’s announcement comes mere days after The Oval star Ed Quinn told HL that he was confident that Tyler could figure out a way for the cast and crew to work “safely.”

ORIGINAL: Fans of The Oval who are fearful that the coronavirus pandemic is going to get in the way of Tyler Perry delivering Season 2 of the political drama need not worry. Ed Quinn – who plays President Hunter Franklin on the show – says he’s fully onboard with the filmmaker’s efforts to find a safe way to restart shooting. Part of that is because he’s seen the script for the next season and he promises that it will be “bananas.” Nevertheless, health and safety is at the forefront of the 52-year-old’s mind and he’s confident that Tyler can lead the way in getting Hollywood working again.

“Eventually we’re gonna all have to go back to work and it’s going to be a whole new world order,” Ed told HollywoodLife EXCLUSIVELY ahead of The Oval’s May 6 mid-season premiere. “Someone’s gonna have to be the paradigm, the example of how it can work and it can work safely. The way Tyler shoots…nobody shoots a television show the way he does. He blocks shoots everything like it’s a movie.”

In an April interview with our sister site Deadline, Tyler – who created, writes, directs and produces the show – outlined his proposal to restart filming at his Atlanta, Georgia based studio. On paper it appears doable because he can shoot one season of a show at lightning speed – 22 episodes in two and a half weeks. Testing and quarantining his tightknit, stripped down cast and crew (who would be living and working at the former U.S. Army base), are fundamental to Tyler’s vision. He is liaising with unions and the Center for Disease Control (CDC) to agree upon a safe plan to forge ahead.

The reason Ed has faith that it will work is because he says it was his reality when they filmed the first season. “I have already lived exactly what he wants to do,” he said. “Before we got shut down [in March]… I had already been ‘in quarantine’ for eight days, because I live on his lot.” The Oval cast and crew were poised to shoot Season 2 when the CDC announced its “15 Days To Slow The Spread” initiative and filming stopped. But, throughout the Season 1 shoot, Ed lived in one of the “beautiful old homes” at the Tyler Perry Studios, the former Fort McPherson army base. “A lot of them are sets…but you can live in them right there on the lot,” he said.

As for what the future holds for President Franklin, the last time fans saw him he was holding his dead lover Denise’s bloody, severed head in his hands. “That’s just the beginning…” he said. “I feel like the second half of the season is much stronger than the first half…because now we’re in the White House, established, the battle lines are drawn. The fallout from this is just insane and it carries into Season 2. It’s pretty amazing.”

Ed remains tightlipped on who murdered Denise, but he will say this, “What happens with Denise also starts happening around the White House a lot and the attempt to start trying to cover up what is going on is really next level.” Tyler Perry’s The Oval returns to BET on May 6 at 9/8 Central.