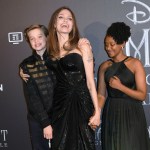 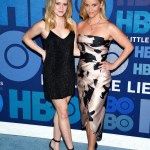 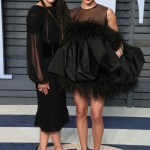 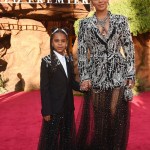 Congratulations are in order for YouTuber Brittani Boren, who is expecting a baby after the tragic death of her son Crew in Dec. 2019.

Brittani Boren is expecting! The YouTube star revealed in a May 5 Instagram post that she was pregnant again, just four months after her son Crew was found unresponsive while taking a nap on Christmas Day. “Sent straight from Heaven and without a doubt, hand-picked by big brother Crew himself, estimated to arrive on December 1, 2020,” the 29-year old mom captioned the announcement, which you can see here. “We wanted to announce in a way that honored our sweet Crew, so thank you @elliott.beltran for this amazing video,” she added. Brittani also included a quote that is used by parents to describe a “rainbow baby”, which is a bub born after a miscarriage, stillbirth, neonatal death or infant loss.

In the announcement video, Brittani and her husband Jeff Leach are seen walking through a field, as she holds a photo of three-month-old Crew in front of her baby bump. The family — including sons Carter, Cooper and Cash and Brittani’s stepdaughter Sydney —  then gather around and present a a note which reads, “Heaven Sent.” Brittani opened up about the pregnancy in a follow-up post which featured a gorgeous shot of her and husband Jeff holding an ultrasound.

“The day I found out I was pregnant, was a week after we moved into our new house, and the Coronavirus pandemic had just begun to hit hard,” she began. “That night I told Jeff I was pregnant, and we cried. We cried tears of joy and happiness, tears of sadness, tears of nervousness, and tears of hope. God has sent us the biggest blessing in the midst of many difficult trials and we are so thankful. For loss of a better word, ‘Thank You’, from Jeff and I both, we are so grateful to have the love and support from so many people we’ve yet had the privilege to meet.” Finally, she wrote, “We are so excited to meet this little heaven-sent blessing that big brother Crew has picked out just for us.”

Crew was just three months old when he died on December 25, 2019. Brittani put her infant down for a nap on Christmas, and later found him unresponsive. The family rushed him to the hospital, she revealed that day on Instagram, sharing a photo of his tiny hand grasping hers. She asked her fans for their prayers. An update the next day read that Crew had been placed on a ventilator and was “stable;” she later shared a photo of herself and Jeff cradling their baby in the hospital while he was hooked to tubes. She wrote, “Crew’s tiny earthly body is still with us, although I know he’s already dancing and playing in Heaven. We have some hard decisions to make over the next 12 hours, that no parent should ever have to make.” Ultimately, Brittani and Jeff decided that they would donate Crew’s organs, potentially saving three or four other babies who desperately needed transplants. Crew was honored at the hospital in Texas with a flag raising ceremony and salute.