If there has to be one song going through everyone’s head today, then it’s gonna be this one. Ever since the Internet got ahold of Justin Timberlake’s misheard line from “It’s Gonna Be Me,” and transformed it into a temporal celebration, April 30 / May 1 has been washed in memes based on NSYNC’s 2000 smash. Now, Kevin Garrett – the Grammy Award-nominated singer and multi-instrumentalist – has taken the song/meme out for a spin. The results are hauntingly beautiful. Kevin’s production on his version of “It’s Gonna Be Me” is transcendent, with the boy band staple becoming the dark psychosexual soundtrack to your next true-crime obsession. It’s a magnificent rendition, and listeners will never be able to look at N*SYNC the same way again.

This new song comes two months after Kevin released Made Up Lost Time, his EP featuring the song, “Gone Again.” Such a quick turnaround comes from someone who, when speaking EXCLUSIVELY with HollywoodLife about his EP, said that he doesn’t just “write a lot of songs” for the sake of writing songs. “I don’t know if I have a happy place, but I feel I definitely feel best behind the piano or behind a guitar,” said Kevin. “I don’t have to be recording or performing, but if there’s a moment to try and be creative — because of everything else going on with me personally — that is the ultimate, the ultimate distraction.

“Even if it’s ending up writing about the said experiences, which can be painful. But there’s something strange about music like that,” he said. “I love the idea of just being perpetual because the songs will always be there once they’re out. And so if you want to, if you want to discover them, you’ll discover them. But for me, I’ve narrowed my intention with music and with songwriting into a very personal, cathartic thing on the way in and, hopefully, a helpful thing on the way out for anyone who wants to listen.” 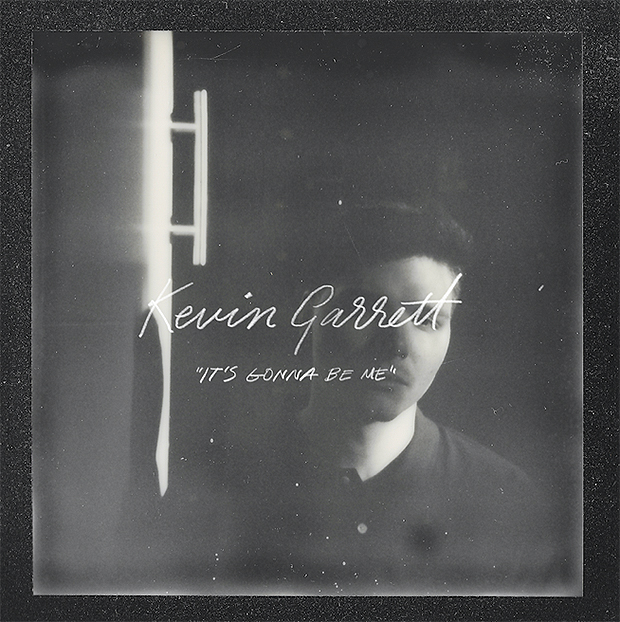 Those who listened to “Gone Again” found the genius within Kevin’s songwriting. On the first listen, it’s a straightforward story of a troubled relationship. But, a deeper dive into the lyrics revealed a pained conflict, a duality of one person expressing conflicting perspectives in a spiraling relationship, or the voices of two people trying to save something they’re also sabotaging at the same time.

“I was touring last summer, [and ] while I was kind of off the road for a month or so, I spent some time in LA writing. There were a couple older songs I had been holding onto that I wanted to repurpose. It just made sense in my head that to have this, a shorter form body of work ready to go cause everything felt very connected. And with ‘Gone Again,’ that’s on, I think, more than any other song on the EP embodies that kind of, that sort of message.”

“It’s the verse, as you kind of see, this sort of wanting to be lighter about things and finding that awareness bookends a particular moment. But then, in the chorus — and then, before each chorus, there’s a little sarcastic line where I say like, ‘I’ll be calling you mine by the end of the night or all my friends might be right. But at least I should try.’ You get to the chorus, and it’s kind of like, ‘Oh, I’m still me.’ I think the lesson that I learned through writing that song and work on this EP was the importance of valuing your intentions and of having an awareness of your tendencies and the type of person you are.”

“And that’s what we’re constantly refining in life. But this was sort of like a little three and a half minute time capsule of that type of a science experiment. And I think coming out of that, moving into the next album and all this new stuff, the last song of the EP kind of gives enough hints in terms of where my head’s at going into the newer music and just constantly trying to refine my pursuit of honesty and that sort of weighted intention.”

Made Up Lost Time is out now. Listen to “It’s Gonna Be Me“