Necessity is the mother of invention, and EBEN’s “Sad Song” is the mother of quarantine music videos. The visual, released on Apr. 24, answer the age-old question: what do you do when you have a new single but no video, and everything’s locked down due to a global pandemic? The answer is – grab an iPhone, call up director Evan Hara, and shoot the video yourself. It’s a clever video, one that not just shows how’s EBEN’s creativity reaches far beyond the limits of music and into everything that he does.

“Shooting the music video was so much fun!” EBEN tells HollywoodLife. “Evan Hara is CRAZY talented and killed it on the video.” But, a music video without a track is like a day without sunshine, and “Sad Song” is secretly a silver lining hidden within a dark, grey raincloud. “I feel like the song has a double meaning,” says EBEN. “It feels like a burst of sunshine, but at the same time there’s a real personal conversation taking place.”

It’s hard not to feel the sun shine while listening to the energizing “Sad Song.” The beat is infectious. EBEN’s vocals are invigorating as they seemingly float along the track. It’s a dreamy bit of pop that may have the burst of a sugar rush, but the introspective lyrics hide that deep “conversation” going on between EBEN and the person that all these “Sad Song” have been written about. Speaking of conversation, EBEN talks with HollywoodLife about the inspiration behind “Sad Song,” why he dubbed his forthcoming EP Honeydew, and what he’s going to do when the “Shelter In Place” orders come to an end.

HollywoodLife: Was there a specific person or situation that inspired “Sad Song”? The lines make it seem a little more personal/real.

EBEN: When this record was brought my way, I was able to relate it to so much that was going on in my life at the time. It’s 100% personal.

Despite the title, “Sad Song” feels a little bit positive. The production makes it feel like a burst on sunshine, even when you’re singing about the effects of a “toxic marathon” of a relationship. What’s the vibe you want people to feel about this?

I feel like the song has a double meaning. It feels like a burst of sunshine, but at the same time, there’s a real personal conversation taking place. I want people to see the honesty.

You mention the name of your forthcoming EP (Honeydew) on the track. What inspired you to call this project Honeydew?

I was actually inspired by that line in the hook of “Sad Song.” Honeydew represents a new beginning and a fresh start.

Is there a certain “goal” with Honeydew? Basically – since music is art, art is subjective, and ‘success’ is subjective – what has to happen for you to say, ‘yeah, Honeydew is a success.’ Does it need to blow up on the charts or just make someone’s day better for you to be happy with it?

You know, I would be lying to you if I said I didn’t care if it blew up on the charts. But what truly makes me happy is if someone takes something positive from my music. 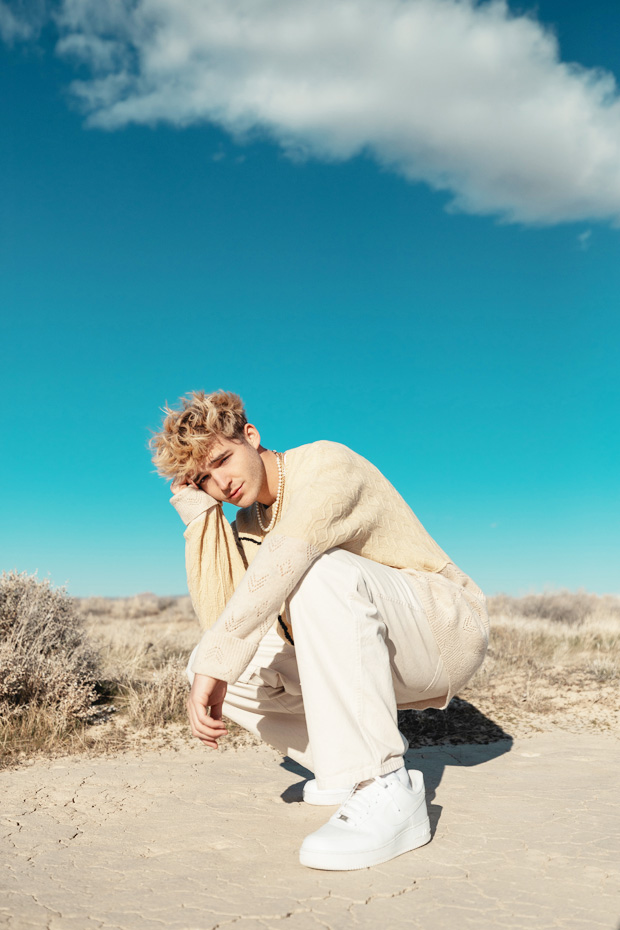 How was it like shooting a video for this while under quarantine?

Shooting the music video was so much fun! Evan Hara is CRAZY talented and killed it on the video.

I think the first thing I’ll do is go on a nice long hike. I miss being outside and in nature!