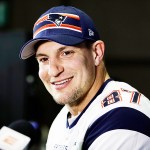 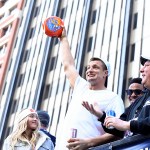 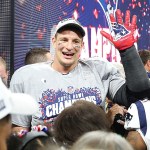 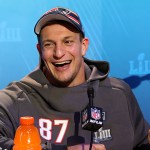 Tom Brady is ‘ecstatic’ to get to work with his former Patriots teammate and go-to tight end, Rob Gronkowski! The star QB is ready to return to the field whenever the COVID-19 pandemic is over, but would he suit up without fans?

Tom Brady is thrilled to reunite with his good friend and former New England Patriots teammate, Rob Gronkowski. The tight end, who departed the NFL in 2019 after nine seasons with the Patriots, came out of retirement to be traded to the Tampa Bay Buccaneers on April 21. Now, Tom, 42, and Rob, 30 — who won three Super Bowl rings together — will try to do the same down in Florida.

”Tom Brady is ecstatic over getting Gronk back as an option to throw to, especially because they’re great friends and Gronk is a future Hall of Famer himself,” a source tells HollywoodLife, exclusively. “The reunion has gotten Tom more excited to play this season.” It’s unclear when the NFL season will start due to the coronavirus pandemic, which led to tonight’s April 23rd draft to be conducted virtually.

While no decisions have been made by NFL Commissioner Roger Goodell, it’s possible that the league, along with other sports leagues, could return to games without fans. — Something Tom would be “devastated over, yet he’d be open to the idea.

Why? — “He’s in a new city with a new team, so he’d be upset not to play. Tom has new goals for this coming season, as well as for the rest of his time in the league,” the source says, explaining that “he wants nothing more than to play, so as weird as it would be without the adrenaline of the fans, he’d be welcome to the idea if it would mean he could play a full season.”

Tom is the only quarterback Gronk ever played with during his NFL career, which began in 2010 when the Patriots drafted him in the second round (42nd overall). In addition to their three Super Bowl rings together, the former New England Patriots QB-tight end duo combined to win nine consecutive AFC East Division titles and played in eight straight AFC Championship games.