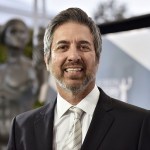 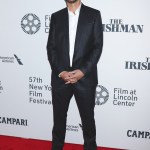 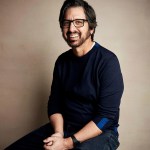 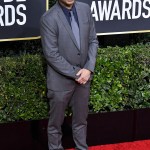 Everybody loves a scavenger hunt! Ray Romano and his twin sons Greg and Matt, 26, paid a virtual visit to James Corden at ‘The Late Late Show’.

Ray Romano knows how to keep his family entertained during quarantine! The funnyman is in lockdown with his twin sons Greg and Matt, 26, and the trio made a virtual appearance on James Corden‘s The Late Late Show on April 22. During the segment, the hunky twins were tasked with completing a scavenger hunt, and James gave the duo a list of items he wanted them to find — the first person to bring the item back to the camera and present it to the Cats star would be deemed the winner. One of the scavenger hunt finds was the Everybody Loves Raymond star’s most prized possession!

The boys scrambled around their California house to find the item, while James kept Ray on the line, and quizzed him on what item he thought the boys would bring back. “Let’s see, I have a New York Jets bathrobe,” Ray said, admitting that he’s not a materialistic person. “I wonder if they’ll bring that back.” Much to his surprise, Greg, who also happens to be a production assistant on The Late Late Show, found something that Ray holds equally as close to his heart: a reading flashlight.

“I sleep with this,” Ray admitted. “But the truth is, I got to bed with this because I like to read and my wife doesn’t like the light. So, I actually sleep with it in my hand.” Before moving onto round two, The Irishman actor admitted that he’s found his reading light in a lot of strange places. “One day I couldn’t find it and it drove me crazy because I need answers,” he said. “45 minutes later, I was on the phone with my agent and, at that moment, I found it while I was on the phone because, because why? Because it was in my underwear. This is not a joke.”

The next task was to find an embarrassing family photo, and Matt was the first to return. He brought back a photo calendar that the Ice Age voice actor makes for his wife every Christmas. “I take a family photo and it becomes one of the months and I try to put a funny caption on it,” Ray explained as he flipped through the calendar. “This is from your show, James, actually. Here it is. So, this is Greg in a caterpillar suit, I don’t know if you remember it…I added the caption, ‘How is he not a virgin?'” Greg returned with an equally embarrassing  item: a pillow that featured a black and white portrait of Ray. “This was a gift. Don’t think, I didn’t make this myself,” the comedian clarified.