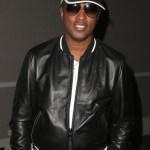 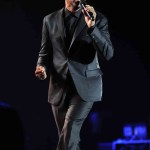 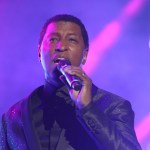 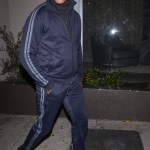 The two legendary music producers ran into serious technical difficulties on their first try, and even had to call Dr. Dre for help!

’90s music fans, have no fear: Babyface, 62, and Teddy Riley, 52, have re-scheduled their “Verzuz” Instagram Live battle! The two Grammy winners took to the social media platform with the announcement for their loyal followers. “The Rematch: Monday 8 pm EST/ 5 pm PST,” Babyface — born Kenny Edmonds — wrote, while Teddy added, “Let’s get back to the love of music this Monday 8pm! #mondayNightLive #setbackforacomeback #4theloveofmusic.” Fellow producer Swizz Beatz also got in on the action, posting “less will be more & sounds will be fixed.”

Babyface and Teddy were originally set to spin their classic tunes on Saturday, April 18 and drew a massive audience of over 400,000 viewers! Unfortunately, technical issues with the audio began coming up around three songs in, causing the duo to agree to a 30 minute pause. Upon return, Teddy’s audio was still too low — but the pair kept the stream going as they hilariously attempted to fix the issues all on live video. At one point, a video call was even put into Dr. Dre, 55!

“I’m sitting here. I’m waiting. I’m wondering what the f— is going on?” Dre could be heard saying to a member of Teddy’s team. “What we doing right now? I’m over here and I’m sitting and I’m waiting! I have so much respect for both ya’ll…I gotta see this,” the 2001 rapper continued. It turns the Beats founder was right there with the thousands of old school R&B fans, who tuned in to hear the likes of Babyface classics like Toni Braxton‘s “You’re Makin’ Me High” and the Teddy produced “No Diggity,” performed by Blackstreet.

Thank you everyone for being there for us

Fans were having a hoot watching the the music legends attempt to fix the issue, and even turned Teddy into a meme! “This is the expression your Dad makes the first time he uses Facetime….,” @JasonJohnson commented, attaching an image of a confused Teddy looking right into the camera. Toni Braxton — who has worked with Babyface for over 20 years — also couldn’t resist sharing a laugh. “Y’all gonna have to let me know when my song come on cause this is cringe,” she tweeted, adding “Kenny… just log out.”

After an hour of troubleshooting, the duo decided to postpone to a later date. “Tonight was really special when so many people joined,” Babyface, who recently confirmed he tested positive for COVID-19, said in a video posted that evening. “I think that it’s only right that we postpone this thing until another time when there aren’t any technical difficulties, and everybody can hear the music the way it needs to be heard. I gracefully would like to say — why don’t we just do this at another time?” he added.

It looks like several of their celebrity friends are already planning to join them for the re-match, including Real Housewives of Atlanta‘s Kandi Burruss, who tuned in for round 1! “Damn! This was our date night concert at home. Had my red dress on & everything!” she gushed, while Tyrese added “When y’all put it back on you will do 4 million – this I promise #Verzus will live on.”