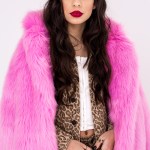 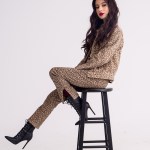 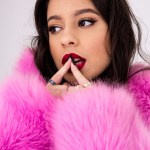 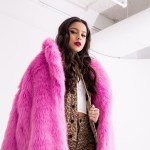 Izabella Alvarez is the voice behind Ronnie Anne in Nickelodeon’s ‘The Casagrandes.’ HL spoke with the rising Latina actress about the groundbreaking series, incorporating her family into the show, and more.

The Casagrandes is one of Nickelodeon’s hit animated series. The show follows Ronnie Anne, an independent and adventurous 11-year-old, as the grows up and explores opportunities with her multi-generational Mexican-American family. Izabella Alvarez is the voice behind Ronnie Anne and this role isn’t just an ordinary role for her. It’s an important one. She talked with HollywoodLife about why she was drawn to the character.

“I think because I hadn’t seen a show of animation about a multi-generational Latino family, especially with an 11-year-old strong-willed young girl being the lead,” Izabella told HollywoodLife. “I just wanted to really pursue that role so that other girls will be able to see it and be like, ‘Hey, that’s me reflected on the screen.’ Because I grew up never having that show, so now that I can kind of play that character and tell different stories about our culture and to be proud of it, I think that’s really awesome.”

Izabella has had a number of notable roles on hit shows like Shameless and Westworld, but The Casagrandes is her first series regular voice role. The actress talked about the challenges of doing voice-over work versus live-action. “I think it was just trying to get the technicalities of just using a mic right,” she said. “With Ronnie and skateboards, I have to do a lot of ‘Ohs and ahs.’ I was just not so in tune with being able to do that. I worked with my coach, and we kind of just really got to work with doing that. It turned out really good. And Spanish, I don’t speak fluently. That’s a struggle. I grew up with my dad speaking fluently, but my mom not. Ronnie deals with that struggle as well. She doesn’t speak fluently.”

Izabella has also made this role a personal one. She’s incorporated her own experiences into the show. “I talk to the writers a lot about my abuela and the stories that my abuela has and what she’s told me,” Izabella explained. “We cook together a lot, so we really wanted to incorporate that in the show. Ronnie Anne is so close to her abuela on the show, so I kind of wanted to add that from my real-life experiences. So the molcajete I use all the time with my grandma. It’s a stone bowl that you use for guacamole, salsa, and stuff like that. So we added that in the show and my grandma saw the episode and she was like, “That’s so cool.  I think it’s just awesome that we get to add my real-life stories in the show.”

Nickelodeon made history when The Casagrandes debuted in 2019. It became the first cartoon about a multi-generational Mexican-American family. For Izabella, she’s received such incredible support from fans since the show started airing. “I get DMs so many times a day of girls saying that it’s crazy that we now have a multi-generational Latino family on Nickelodeon, that they get to watch themselves, and see stories that are just so relatable,” Izabella told HollywoodLife. “Even my parents, they didn’t have that growing up. Now that Nickelodeon is behind it, it’s crazy to be able to watch it. We’re making history with the show. That’s great. The fact that little girls get to see themselves, it’s awesome and inspiring.” The Casagrandes will return with a brand-new episode April 28 on Nickelodeon.