“I promise I didn’t plan my release around a global pandemic, right?” says Arrested Youth over the phone from his home in Los Angeles. The singer’s latest single, “Brightside,” dropped just as the coronavirus pandemic arrived on America’s shores, right as “social distancing” and “shelter-in-place” were becoming a way of life. Call it synchronicity or a happy case of “perfect timing,” but it seems that more than ever, people need a reminder to keep their chins up – and that’s what “Brightside” does. The song from Arrested Youth (born Ian Johnson) is a slice of energetic indie-pop that takes the spirit of your favorite motivational phrase and pairs it with an explosive beat to make you feel as if, yes, we will get through this.

“Yeah, it seems that people are really finding the words in it to be very relative to where we’re at,” Ian tells HollywoodLife during the interview. While the COVID-19 pandemic will undoubtedly inspire new music (it already has, in some cases), Ian says that his new song doesn’t reflect a particular moment, but his general attitude when it comes to facing everyday adversity. “I think it’s just been kind of synonymously because it’s where I really tried to put my mindset energy in my life in this past year,” he says. “In the past, I have written a lot of music that comes from a vein that’s a little more critical of the world, where we’re at, myself. I just spent a lot of time in that critical space, and I just really wanted to move out of that space. I just wanted to find a lighter, more positive way of thinking for myself. I think this is just kind of near the music and the whole “Bright Side,” and a lot of the songs that have come out after this one are a lot more open and positive.

“I was trying to walk that fine line in my music. You can get too positive. It starts to get a little cheesy,” he adds. “I write serious music, but I don’t want to live in the negativity.’ Brightside’ was like a creed to that kind of mindset, where I can talk about struggles in my music, but I want the end-all takeaway of my music to be something productive and positive.” 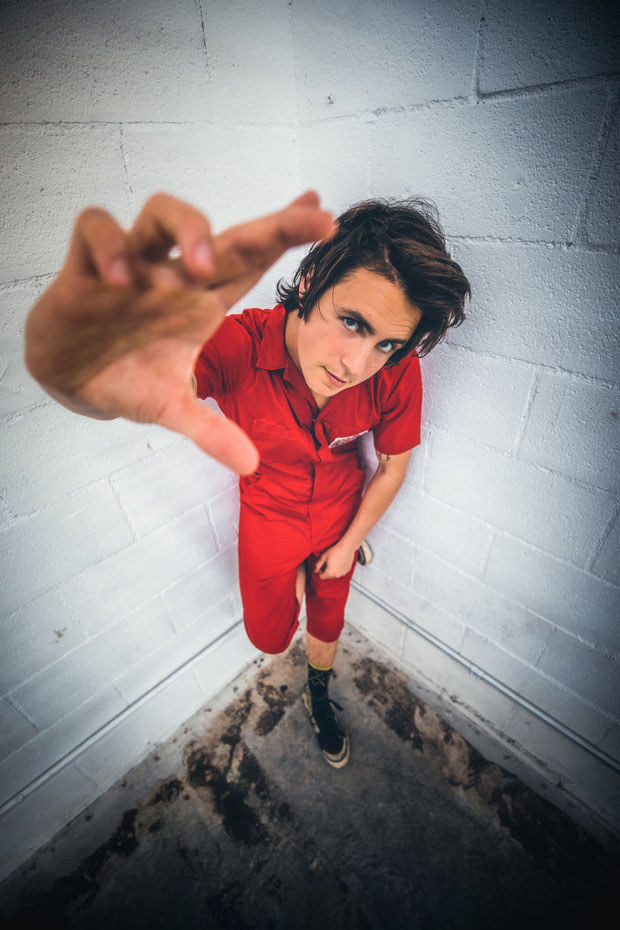 That honesty is what has endeared Arrested Youth to millions since his 2017 debut, “My Friends Are Robots.” Written as an ode to his then-corporate job, Ian decided to jump off the fast-track to a life of executive board meetings and 60+ hour work weeks in lieu of his true love: music. What followed was his 2018 debut FEAR, tours alongside such acts as Yungblud and The Mowgli’s, and millions of streams. However, while he left the corporate world behind, he retained the skills that made him a corporate asset. It turns out, they come in handy when you’re a musician. This split manifests itself on “Brightside” on the line “My right brain / just switched sides with my left brain / I woke up on the wrong side / Now all I feel is neck pain.”

“I think that’s why I put that lyric in,” says Ian. “My manager thinks — we’re very close – and he tells me it’s one of his favorite lyrics. He’s told me before, ‘I’ve never someone who is so one day heavily left brain and then one day heavily right brain.’ I’ve always had both of those at my disposal on a pretty heavy level. It just depends on my day. I can do both of them pretty heavily, but the thing is really when I go into one of them, there’s no going into the other one at the same time, especially the right brain.

“When I go into my creative field, it’s game over. I’m lost in that. Then when I go into that analytical, heady, overthinking field, it can be the same thing. I can get lost in that, too. Yeah, it was an homage to what I deal with every day where things like where I should put my mind space, whether I go heavily left or heavily right, that pretty quickly decides where I’m at for 24 hours.”

“For example, right now, ever since this lockdown started, I’ve been doing what I’m calling the Quarantine Sessions,” he says. Arrested Youth partnered with AltPress to connect with creative minds across the world and write music, offering a unique opportunity for a similarly musical mind to connect with Ian. This has inspired him to go heavy into a music-making mode. “For the last week and a half, I’ve been in full right-brain mode. That’s a really creative place where every day, pretty much every hour, 24 hours a day, is fairly consumed in the music. When I find a vision or something, I tend to stay there.” 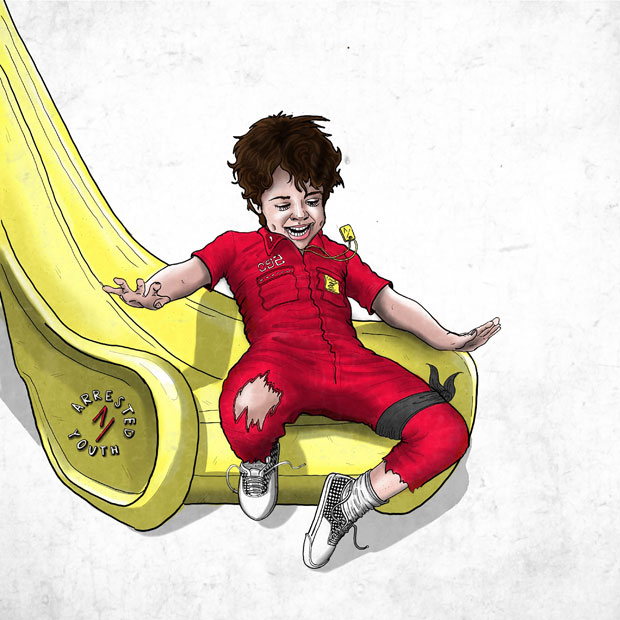 “I found this idea to write this Quarantine album with the fans I think I subconsciously. When this happened, I planned to do it because I knew that it was going to be such an escape for me through all this, but also a way to give back and actually creating music with the people who are stuck at home, and create hopeful music that is going to be released in a different time.”

Music has provided an escape for Ian, in more ways than one, during this time. “I’ve been on a pretty strong classical streak. I grew up listening to classical, and I can’t live without classical music,” he says. “It’s so calming and nostalgic for me. I’ve been jamming to that. So, I’ve been reading a lot. I’ve been cooking a lot. I cook. I try and, for me, I have a curious mind, so I try and fill it up with very hands-on, creative stuff because that’s the kind of stuff that keeps me in a good mental headspace. I find when I move away from the creative parts of my life, that’s when I start to feel more of an internal cognitive struggle.”

“Maybe there’s a positive takeaway?” he ponders. “I’ve had this struggle of this is ‘how I should be in my life,’ and now when push comes to shove, it shows how yeah, you have something you were passionate about, and you put a lot of time into it. Even if the world’s ending, you can still find a way through and wake up in very, very high spirits every day.

I think to relate that back to the supporters, and especially since a lot of younger kids listen to my music. There’s a lot of kids that are in these [Quarantine] writing sessions that we’re doing. It seems like [isolation] is an issue with a lot of kids, like we’ve been struggling with this for a while. Yeah, we’re quarantined, but we’ve been locking ourselves in our rooms with our technology for the past few years. This is something we’ve already been struggling with.”