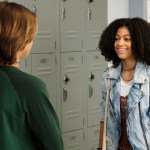 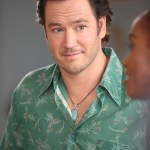 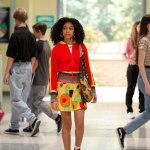 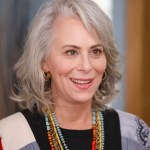 Get ready to see a whole new side of Rainbow Johnson. HL spoke EXCLUSIVELY with Arica Himmel about Rainbow’s Earth Day quest and she teased Rainbow commits some ‘crimes!’

When Rainbow learns that scientists are predicting the ozone layer will be depleted in 20 years, she becomes determined to implement Earth Day at school. However, it’s not so easy for Rainbow and she faces some resistance. Rainbow refuses to give up on fighting for her cause. HollywoodLife talked EXCLUSIVELY with Arica Himmel about Rainbow’s Earth Day mission in the April 14 episode of mixed-ish. “Earth Day is very important to her so Rainbow goes as far as committing some crimes in order to promote her Earth Day agenda, which is a side that no one ever sees,” Arica teased. “No one ever sees her rebel side, so it’s going to be pretty exciting.”

Earth Day will be celebrated on April 22 this year. Arica talked about why mixed-ish needed to tackle the importance of Earth Day — even all the way back in the 1980s. “Long ago, scientists did predict that the ozone layer will be gone in 20 years. It just shows that people like Rainbow really wanted to care and save the earth,” the 15-year-old continued. “Even though we’re still here today, so many things are still happening in the world and we still have to protect our planet. Some people might brush off the problems, but we want to live for our future. It’s so important that they brought up this episode because it’s just so important for us to really be aware about what’s going on in the world and what’s going on in our environment.” Arica hopes that the episode “encourages people to think about their future and what they can do to help the earth.”

The season finale is coming up and Arica was able to give a little inkling about what fans of the new ABC comedy can expect in the episode. “I would say everybody should definitely get ready for the last episode because everybody’s going to see a side of the Johnson family that they never expected. It’s going to be a big one,” she revealed.

Mixed-ish hasn’t been renewed for season 2 yet, but Arica already has an idea of what she’d like to explore with Rainbow in future episodes. “I would definitely want to see more of how Rainbow deals with her identity in school,” Arica said. “I feel like she’s definitely found her groove within her friend group, but I want to see if she can take on any more bullies.” Mixed-ish airs Tuesdays at 9 p.m. on ABC.