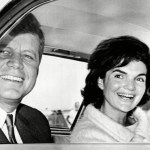 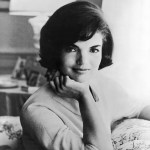 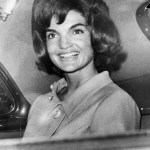 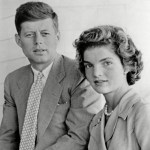 Tragedy may have struck the Kennedy family, yet again. The grandniece of President John F. Kennedy and her 8-year-old son are reported missing after a boating accident on Chesapeake Bay.

UPDATE: (4/6/20, 9:22 P.M. ET): The body of Maeve was found around 5:31 p.m. on Apr. 6, four days after the search to find her and her missing son, Gideon after their Apr. 2 canoe accident began, authorities said, according to People. The location of her body was about 2.5 miles away from her mother’s waterfront property in Shady Side, Maryland, where she was staying before the accident, Maryland National Resources Police said in a press release obtained by People, and it was found in about 25 feet of water. The search for Gideon will continue on Apr. 7, the outlet further reported.

UPDATE (4/3/2020 @ 11:30 P.M. ET):  Maeve Kennedy Townsend McKean‘s husband David McKean has confirmed that his wife and 8-year-old son Gideon have passed away. “It has been more than 24 hours, and the chances they have survived are impossibly small. It is clear that Maeve and Gideon have passed away,” David wrote in a lengthy statement shared to Facebook. He went on to explain that the canoe that Maeve and Gideon were in had “capsized” and was “miles away.”.

Maeve Kennedy Townsend McKean, 40, the granddaughter of the late Senator Robert F. Kennedy, went missing with her young son, Gideon, on Thursday (Apr. 2) afternoon, her husband, David McKean, told the Washington Post. The family was visiting the property owned by her mother, Kathleen Kennedy Townsend, in Shady Side, Maryland, on Chesapeake Bay. Around p.m. EST, Maeve and Gideon had “popped into a canoe” to go out and retrieve a ball that had landed into the waters. “They just got farther out than they could handle and couldn’t get back in,” he said. A spokesperson for the U.S. Coast Guard told the Post that the wind in that part of the bay was around 26 knots – about 30 mph – with waves between two to three feet high.

The search, according to David McKean, is continuing, but he would not tell the Post if the canoe had been found. The Maryland Department of Natural Resources police said Friday that an overturned canoe matching the description of the one went missing was recovered, per the Post. Capt. Erik Kornmeyer, a spokesman for the Anne Arundel County Fire Department, said a concerned person called the authorities around 4:30 p.m. on Thursday to report they saw the canoe from the Columbia Beach Pier.

The caller, according to the Coast Guard, said that the boaters were “seen struggling to return to shore in a canoe” near Herring Bay and then not seen again. Crews on boats and helicopters engaged in the search until dark on Thursday and resumed their search on Friday morning. By Friday afternoon, 2,275 miles had been covered, per the Coast Guard, but neither Maeve nor Gideon were found.

At this time, our family asks for privacy and that everyone keep Maeve and Gideon in their prayers,” family spokesman Alan Fleischmann said in a statement. Maeve happens to be Fleischmann’s goddaughter.

Maeve is the executive director of the Georgetown University Global Health Initiative, the daughter of former lieutenant governor Kathleen Kennedy Townsend, and the grandniece of former president John F. Kennedy. Gideon is her first child.

“People think because I’m a Kennedy, I’m extremely wealthy and don’t flaunt it. Ha!” she told Glamour in 2008. “I have a great name, but by the time you get to the fourth generation, the money’s run out. We’re fortunate compared to the average American, but to think I’m a trust fund kid — so not true!”