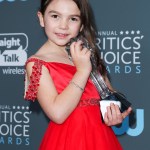 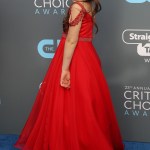 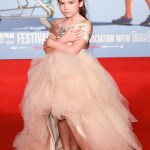 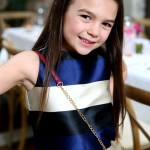 TV’s next great hero is Hilde Lisko. Brooklynn Prince shines as the young investigative journalist in ‘Home Before Dark’ and spoke EXCLUSIVELY with HL about the brand-new Apple TV+ series.

Brooklynn Prince remains one of Hollywood’s most talented young actors. The 9-year-old dazzles as lead character Hilde Lisko in the new Apple TV+ series Home Before Dark, which premieres April 3. The show is inspired by the real-life story of Hilde Lysiak. Home Before Dark follows the journey of a young girl named Hilde Lisko, who moves from Brooklyn to the small lakeside town her father left behind years ago. She unearths a cold case that everyone in town, including her own father, has tried very hard to bury all these years. HollywoodLife talked EXCLUSIVELY with Brooklynn about why she wanted to play a character like Hilde.

“I absolutely loved the fact that Hilde was a real person,” Brooklynn told HollywoodLife. “I absolutely fell in love with Hilde. She was just so awesome. She seemed like a wonder woman to me. The whole story… you didn’t know what was going to come next. I told my mom I wanted to do research. So I did research on the real Hilde, and I saw the video where she was reading all the bad comments to everyone. I was like, ‘Oh my gosh. Is this girl even real?’ I told my mom I really wanted to audition, so we worked on a lunchroom scene and I picked out this pink floral-like baseball tee. Hilde always wears her hair in a side braid. Not her full head, just a little piece of her hair braided on the side. My mom did my hair like that, and then we got on a Skype call with Dana [Fox], Dara [Resnik], and John M. Chu, who was the director of episodes one and two. I thought I did a good job but my dad didn’t because he kept saying the wrong lines. A few weeks later, we got the call and they told me they wanted me to play Hilde. I was so excited but also super nervous because I had never played a real person before. I didn’t know if Hilde would like me or if she liked the way I acted in one of my movies. I was super nervous but then she tweeted that she was super happy that I was going to be playing her.”

Brooklynn and Hilde met at the show’s first table read. “I was so excited to be meeting her because she’s like the real deal,” Brooklynn continued. “She is the real person. I met her and she was super outgoing. I would ask her a question and then it would turn around and she’d be asking me the question. I was like, ‘Oh, that’s her journalism.’ We’ve carried on through the months. We just formed this friendship. Every time I see her, I pick up new things.”

The young actress teased that the show centers around a “big mystery” that has “many different layers” to it. “Also, be prepared to get your mind blown that this is a real person and this 9-year-old little girl is doing these amazing things,” Brooklynn said. “It also doesn’t fit in a box. Your whole family can watch it together.”

Brooklynn said that working Jim Sturgess has been such a great experience for her. “He’s a really good scene partner,” she raved. “If he has an emotional scene and it’s on my close-up and you don’t see him at all, he’ll still get a little bit emotional just for me because he knows that I feed off of people’s energy. I really thank him for that because that helps me in the scene and helps me do my best.”

Brooklynn may be only 9 years old, but she’s not going to let anyone tell her she can’t achieve her goals — and that goes for Hilde, too. “I think ‘no’ is a word that people say sometimes just because you’re a little kid. The word ‘no’ should go in your ear and out the other. Because you can do it no matter what and we can all make a positive impact,” Brooklynn said. The entire first season of Home Before Dark is currently streaming on Apple TV+.