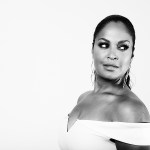 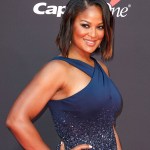 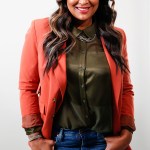 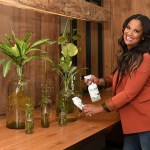 Laila Ali – who guest stars in the March 22 episode – reveals why she felt an immediate connection with a father-of-three featured on the show.

Laila Ali, 42, is a huge fan of the patriarch of the latest family to be featured on Extreme Makeover: Home Edition. The retired boxer – who guest stars in the March 22 episode – says that she felt a connection with Pedro Jauregui, his wife Phyllis and their three children during filming. The former F18 fighter jet aircraft mechanic has devoted his post army life to helping homeless vets find housing, all while his own family squeezed into a dilapidated two-bedroom home in Pomona, Calif. And it is this selfless devotion that reminded Laila of her boxing legend dad, Muhammad Ali.

“I love the Jauregui family’s commitment to giving back to their community and to the world,” Laila, who appears in a sneak peek of the episode above, tells HollywoodLife EXCLUSIVELY. “They’re special in that way. They have a home that needs a lot of help, that was in a situation that’s been dangerous for them, but they weren’t complaining.” She adds, “Mr. Jauregui really reminded me of my father in the way that he is selfless and gives back to others… So, I just kind of had that connection there with him.”

Laila’s father – who died in 2016 at the age of 74 – wasn’t just a legendary athlete, he was also a humanitarian, who loved people. “I learned a lot from my father, just watching him from a young child,” she says. “I remember being with him and anywhere we went there would be crowds around him.” When she was young Laila admits that she found it frustrating when her dad would spend two to three hours stopping and talking to everyone, doing magic tricks to keep his fans entertained. But, when she got older she says he “started to understand.” “He would tell me, ‘Look at the smiles on these people’s faces,’” she says, remembering that he’d take the time to speak to everyone, be they the “janitor or the housekeeper or the waitress.” She says that Muhammad, who was a United Nations Peace Messenger, consciously “used his fame as a platform to give back to others.”

Cut to the Juaregui family. Pedro, his wife, their teenagers Cheyanne and Andrew and little toddler were all crammed into a craftsman house with 100-year-old electrical wiring, bug infestation and a backyard that was too dangerous to enjoy. Laila, who hosts the DIY series Home Made Simple on OWN, took particular pleasure in helping to refurbish the back garden, turning it into a play area that their toddler Evangeline could enjoy. “They had a regular little backyard that we made into an oasis,” Laila says, “but she had her own little area that’s gated off. There was a combination of…sand, dirt, grass and she had a playhouse – like an actual wooden playhouse that was custom built for her.”

Fans of the show can find out the other ways that the Jauregui’s craftsman home was transformed by tuning into Extreme Makeover: Home Edition on HGTV on March 22 at 8pm/7pm Central. Derek Hough also guest stars in the episode that’s hosted by Modern Family’s Jesse Tyler Ferguson. “It was so fun,” Laila says. “I’ve been a fan of the series for a long time, but to actually have a hand in it was amazing.”