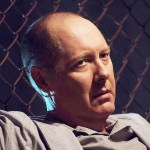 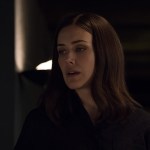 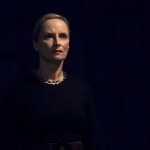 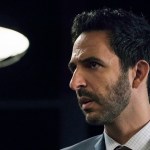 ‘The Blacklist’ returns March 20 after its winter hiatus and Liz is keeping her biggest secret yet from Red. HollywoodLife has EXCLUSIVE scoop about how Red will handle that bombshell in the back half of season 7.

When The Blacklist returns on March 20, it’s back to business as usual for Raymond Reddington. He thinks Katarina Rostova is dead once and for all, taking all of her secrets with her. However, she faked her death and Liz is helping her stay under the radar. Liz is keeping quite the secret from Red and it will have major ramifications going forward. HollywoodLife spoke EXCLUSIVELY with James Spader while on set in Feb. 2020 about what to expect when the show returns.

“I will say that there’s been a nice period of breathing space for a moment. That ends rather swiftly, as you can imagine,” James said. “It doesn’t last very long. We’re very lucky on this show because of the structure of the show. There’s the serialized aspect of the show, but there’s also a blacklister every week. So even when you have a little bit of breathing room on the serialized part of the show, you really aren’t given much breathing room in the blacklister of the week. The show still continues to rocket through space, even when you feel like you’re getting a moment to pause.”

Keeping secrets is not a strange concept for Liz and Red, but Liz keeping Katarina a secret from Red is bigger than anything they’ve faced so far. James weighed in about how Red may react to finding out about what Liz has done: “He watches people very closely. I have an understanding of it that he’s really prepared to be unprepared for whatever happens. I think he feels that — to date — he’s been fast enough on his feet to be able to take what comes. I’m not sure if he’s fully prepared for what’s coming.”

James added that the “show is going to come to a very startling close at the end of the season. It’s going to be a very rapid move towards that end. Reddington functions well in chaos and chaos will ensue.” The Blacklist season 7 airs Fridays at 8 p.m. on NBC.