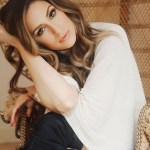 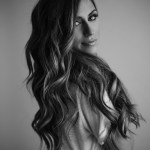 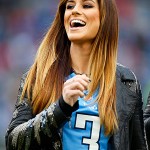 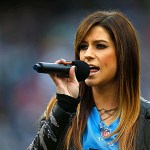 Following the success of her band Gloriana, Rachel Reinert has released her debut solo album & spoke to HL about the meaningful journey she took to get here.

Former Gloriana frontwoman Rachel Reinert has released her debut solo album, Into The Blue, just in time for you to find peace and calm and hope in her voice and lyrics while in your self-isolation. The Nashville-based singer spoke to HollywoodLife.com in an EXCLUSIVE interview about her musical journey, from Gloriana to her solo project, and how the 11 tracks tell her story. “I drew from my relationships, experiences, and life changes. I went through so much over the past four years, and each song reflects 11 different stories,” she told HL. “I experimented a lot creatively, but I knew I wanted everything to feel really personal and honest. I got in touch with my spirituality and found myself through the writing process. Everything came together really naturally over time.”

Rachel admitted she had to “go through a lot of healing” when creating the album, and hopes “the music lifts fans’ spirits” when they listen to it. Since Gloriana suddenly disbanded in 2016, Rachel revealed the process of starting over in the music industry was difficult. “It was a very long and patient process, but it was worth the wait,” she explained. “I’m just the most ‘ME’ I have ever been, and these songs are my heart, my stories, and my truth.”

Of the 11 tracks on Into The Blue, Rachel revealed that she loves “all of them for many different reasons,” but that ‘Here’ would be her top choice at the moment! “The musicality of Laurel Canyon in the 70’s was a big inspiration while writing. There was a natural flow in the studio with the sounds-I wanted dry drums (think Tom Petty and the Heartbreakers and Fleetwood Mac) and for everything else to sound lush and dreamy,” the singer explained. “To me, that sounds like California. It’s the kind of music you want to listen to on a long drive or out on the ocean.”