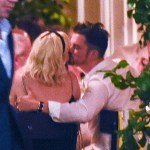 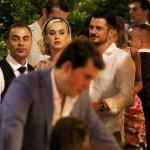 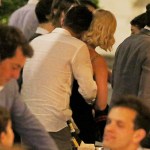 Orlando Bloom is more than ready to be a father again! The doting dad-to-be has been there every step of the way for pregnant Katy Perry.

Katy Perry, 35, is more in love with fiancee Orlando Bloom, 43, than ever! “[Orlando] is doing all the little things that go a long way like rubbing her back and feet, getting her anything she needs so she is comfortable and he is also there when she gets emotional,” a source close to the couple spills to HollywoodLife EXCLUSIVELY. “It is actually making her fall more in love with him. It has been a great pregnancy for Katy because Orlando is very much present throughout it.”

Rumors began swirling that the “Teenage Dream” singer was pregnant after a short teaser clip for her least single “Never Worn White.” It turns out fans were right, and the music video — which has Katy’s growing bump on full display — was her way of revealing the happy news! Immediately after the drop, the mama-to-be hosted an Instagram live and confirmed the pregnancy to her excited KatyCats (her nickname for her fans)! Though this will be the first child for Katy, Orlando is already a proud dad to 9-year-old son Flynn with ex-wife Miranda Kerr.

“Orlando always thought he would find love again after Miranda but he never thought he would have another kid, especially nine years after Flynn,” the insider continued. “But once he met Katy and fell in love with her and how he saw how wonderful she is with Flynn and how she has become friends with Miranda it was really a no brainer that they were going to try to have their own kids. And now that it is happening, it is amazing and Orlando is reassuring Katy that it will all go amazingly well.” So sweet! Flynn has been spotted hanging out backstage at American Idol since Katy joined, and the two have seemingly developed a close bond.

“Katy also really loves that they aren’t coming into this blind and she is very happy that Orlando has dealt with this before but she is also happy that he isn’t resting on his laurels and they are experiencing this journey their own way,” the insider also notes. We’re so thrilled for this happy couple!