Wendy Williams isn’t thrilled over Jayden Federline‘s recent use of social media. The 13-year-old son of Britney Spears and Kevin Federline took to Instagram Live on March 3 to answer fan questions — and, he seemed stir up some controversy online when he hinted that his mom, 38, may step away from music, among other things.

“He’s a disrespectful 13-year-old,” Wendy, 55, said on her March 4 show while covering the headline during Hot Topics. She pointed out that Jayden, “called his grandfather the ‘D’ word that ends with a ‘K,’ that’s a man’s private part,” in the audio, which has since been captured by fans online. “To me that was the most hurtful part, because Jamie [Spears] has been trying to take care of his family,” she said.

Wendy went on to discuss the matter further, and admitted that Jayden’s words made her feel “weird.” — “He talked about his mom like he loves his mom, but in a wobbly way, like, ‘I’m not so sure about mom but I’ll always love her.'” The talk show host continued, adding, “I don’t know what to say, I don’t like to bash kids, but he’s acting like an adult. It’s a horrible story, it’s very disrespectful. Britney doesn’t need this extra strain on her.” 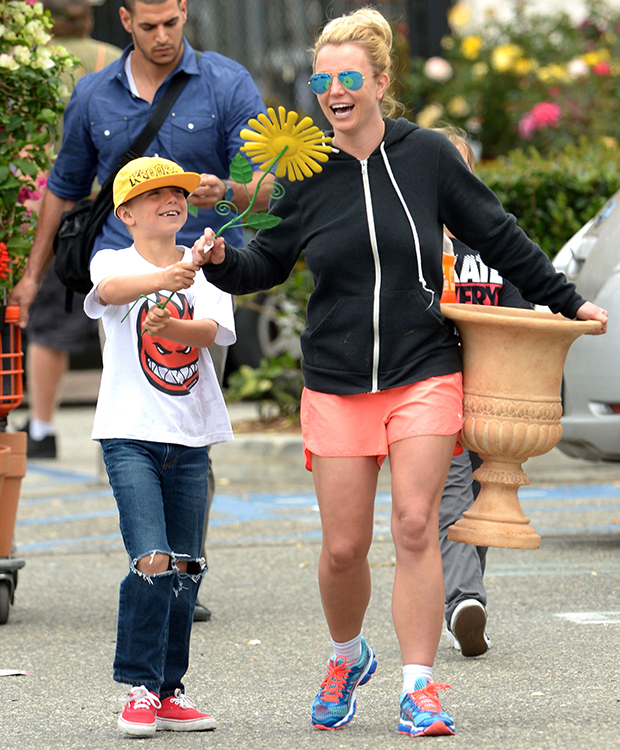 Britney Spears out with her son, Jayden. (Photo credit: Shutterstock)

While answering questions about his own future, which he said he wants to be a music producer, Jayden weighed in on his mother’s career.

“What’s going on with my mom? I’ll tell you guys the whole story about my mom and stuff if I get 5,000 followers on my Instagram,” he said in response to a “Free Britney” question the video. “That stuff will come out way in the future [when] I get really popular.”

Britney has not addressed her son’s social media Q&A. Yet, Jayden seemingly admitted in the video that he wouldn’t get in trouble for it.