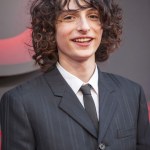 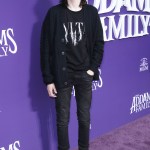 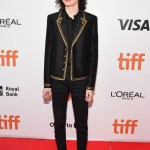 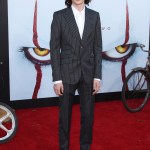 Finn Wolfhard was filming ‘IT’ when he had to face something scarier than Pennywise the clown: grown adults following him home when he was just a kid. Finn opened up about the toxic situation in a new interview.

Stranger Things star Finn Wolfhard was thrust into fame when he was just a child, and had to find out the hard way about the dangerous realities of being in the public eye. Finn, now 17, wasn’t just being harassed by teenage girls when the hit Netflix show premiered in 2016. Full grown adults were stalking him, too, he revealed in an interview with Mastermind magazine. “When I was 13, some adults followed me back to my condo when I was shooting It. Stranger Things had just come out, and I was by myself,” Finn told the magazine.

“As I walked faster, they walked faster, and I was getting a bit antsy by the time I got to the door. Suddenly, they were like, ‘Hey, dude, can we get a selfie?’ And I was like, ‘No you can’t have a selfie! How about don’t follow children?'” Finn has spoken out about his dealings with intense Stranger Things fans in the past, asking that people don’t harass the children in the cast. “Hey everybody! I don’t wanna ex-communicate anyone from this fandom, but if you are for real you will not harass my friends, or co-workers. Ya’ll know who you are,” Finn, then 14 years old, tweeted.

“Why I even have to tweet that, I don’t know. Anyone who calls themselves a ‘fan’ and actively goes after someone for literally acting and doing their job is ridiculous. Think b4 ya type boiiii,” he continued. Finn was shockingly attacked online for his tweets and forced to defend himself for not wanting to sign autographs for fans swarming his hotel. Finn has also had trouble with fans of his band, Calpurnia. He claimed in the interview that the all-teen band had to “stop shows because people were getting crushed.”