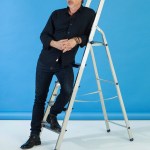 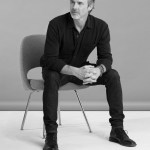 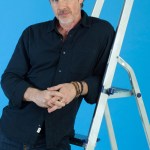 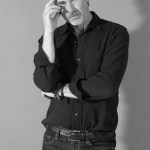 Sam Trammell is ready to shake things up in ‘Homeland’s final season. The actor spoke EXCLUSIVELY with HL about playing Vice President Ben Hayes, the show’s impact, and more.

Sam Trammell will make his Homeland debut during the Feb. 23 episode. The actor is playing the pivotal role of the Vice President of the United States. Vice President Hayes is serving under President Ralph Warner, played by Beau Bridges. Sam’s character is a powerful political force who is not afraid to speak his mind. The actor sat down EXCLUSIVELY with HollywoodLife and revealed that VP Hayes has been brought in to “kind of heal the partisan divide that was sort of happening in the last season. My character is a little right of center, very ambitious, and young. He’s definitely opinionated and sort of has his eyes on the prize.”

Vice President Hayes is not a character that is going to get along with everyone in Washington. “I can say that I think pretty much right off the bat that my character kind of rubs a lot of people, at least at first, the wrong way,” Sam continued. “There’s a little bit of friction. There’s a disruption element.”

Homeland returned for its eighth and final season on Feb. 9 after nearly a two-year hiatus. Over the course of its nearly decade-long run, Homeland has always had a pulse on what’s happening in the world. Sam said he is “honored” to be a part of such an esteemed series. “It’s a revolutionary show,” he said. “The show has really evolved because it started out a lot smaller in a way about a family and it’s really grown into this huge geopolitical show that really educates you. The season deals a lot with Afghanistan, the Taliban, and how politics works over there.”

The show has introduced a number of complex characters over the years. With this show, the motives of the characters are never so simple. “The thing that this show does the best is that it really presents different points of view, but it presents them with the utmost respect,” Sam told HollywoodLife. “So you might have a right of center character speaking and those writers will really figure it out and really show a logical argument and smart argument from that person. Then you’ll see somebody who’s has the opposite opinion, maybe on the left, and they’ll have a great argument. It’s really so smart that way. It doesn’t belittle anyone or patronize or, even to a certain extent, necessarily take a stand one way or the other. It shows different points of view and that takes a little extra effort. It’s just smart.”

Homeland fans are anxious to know how the series will come to an end after 8 seasons. Sam couldn’t say much without fear of heading into spoiler territory but he did tease: “You’re going to love it. It’s just cool and classy and unexpected, even though I only know some of it.” He added, “When I first got the last script, they left the whole last 10 pages off because it’s such a big deal. It was really thought out to the last minute with no stone unturned and I know Claire [Danes] was a part of that as well.” Homeland airs Sundays at 9 p.m. on Showtime.