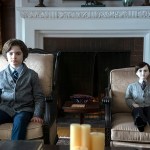 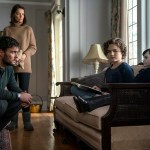 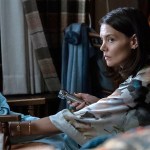 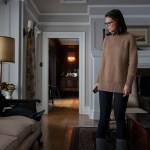 Brahms is back in ‘Brahms: The Boy II.’ HL spoke EXCLUSIVELY with Christopher Convery about his character, the ‘freakiest’ thing to happen to him on set, and working with Katie Holmes.

Christopher Convery stars as Jude in the movie Brahms: The Boy II, which is out in theaters on Feb. 21. The sequel to the 2016 horror film follows a young family who moves into the guest house on the estate of Heelshire Mansion where Jude makes a creepy new friend, the life-like doll he calls Brahms. HollywoodLife sat down EXCLUSIVELY with Christopher and he revealed that the road to the role of Jude was quite the roller coaster. “What was really cool and unique about me getting this role was that I had just finished filming Stranger Things, and we were on our way to the airport to go back home to New York. About 20 minutes before we arrived at the airport, I got an audition for this movie, so we had to turn the car around. We drove back, I did the audition, and I brought my tone to it. I came out and felt really good about the audition. I went back to the airport, we fly back, and then we get the call that I got it,” Christopher explained.

Playing Jude had Christopher working alongside Brahms for most of the movie. Christopher revealed he had a creepy on-set moment with the doll. “It is the freakiest thing ever,” Christopher continued. “I never was really terrified of dolls. When I first met him, he came in on set and he’s a really big doll. He has porcelain skin in this movie, which makes him feel so human-like, and he’s got glassy, lifelike eyes. And in the first movie, he’s made of porcelain. He got an upgrade. There was also something that happened on set that made me scared of dolls. I just finished filming a scene with Brahms and I put him aside and I was on standby. Katie was filming a scene and the lights were out. Suddenly, I feel this weird thing slowly touch my neck. The lights turn back on and, literally, no one’s around me except Brahms and he’s where I put him. Now I’m officially scared of dolls because of Brahms.”

Christopher teased that Brahms: The Boy II is definitely “creepier and scarier” than the first movie. “Brahms is not who you think he is.” Christopher got to work closely with Katie Holmes, who plays his onscreen mom. “She was amazing,” Christopher said. “She’s a true professional actor. I learned so much from her. She would always improvise with me and Owain [Yeoman], my dad in this movie. She always kissed us, hugged us, and really made the family essence come to life. There was also one part where she was watching a video of me playing the piano. I played the piano on Instagram and she really liked it. So she went to [William] Brent [Bell], the director, and showed him the video, and they both ended up agreeing that they should add a whole new scene of me playing the piano in the movie.”

Christopher is just 12 years old and the actor would love to work with Leonardo DiCaprio someday. “He really inspired me as an actor because he can play such a variety of emotions going from a really charming, funny guy to being in dark movies. I really like him as an actor. I feel like I could kind of play a younger version of him.”