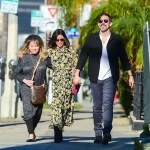 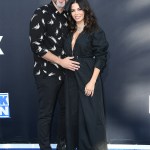 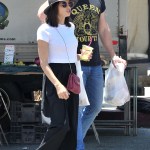 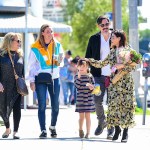 Actress and dancer Jenna Dewan is engaged to boyfriend Steve Kazee! She announced the amazing news on Instagram with a stunning picture of her gorgeous ring.

Jenna Dewan, 38, and Steve Kazee are officially engaged! The couple announced the exciting news on Instagram on Feb. 18 and fans are so excited for the happy couple. Along with a new picture of Jenna and Steve, Jenna wrote, “A lifetime to love and grow with you…you have my heart ❤️”. The image also shines a spotlight on her gorgeous — and HUGE — diamond engagement ring, which basically takes up half of her finger, so we’re not officially jealous. SEE THE PICTURE HERE!

The couple’s relationship was first reported in October 2018, six months after her split from ex Channing Tatum, 39, in April 2018. Jenna and Steve then made their romance Instagram official on June 5, 2019, when Jenna posted a cute pic of them. “Speaking of peace….❤️,” the Step Up star captioned the pic with her man, snuggling up together in a candid moment. Steve is the Tony-winning actor from the Broadway show Once, and he’s also appeared in a number of shows, such as Shameless and Nashville. He also previously dated Megan Hilty, 38, before meeting Jenna. Steve and Jenna have been going incredibly strong, and took their relationship to a completely new level in September 2019, when the pair announced they were expecting their first child!

“We are beyond overjoyed and couldn’t be happier to be expanding our family,” the pair excitedly told People on Sept. 24. The former World of Dance host shared the first pic of her baby bump on the same day via Instagram with the sweetest photo. “Becoming a mother is quite simply the absolute best most incredible thing that has ever happened to me 💕@stevekazee you are a gift from above and i couldn’t be more excited to be expanding our family together…! Thank you guys for all the love!!” the caption to Jenna’s post of her asleep next to daughter, Everly, 6, read. As this little family keeps growing, Jenna and Steve have so much to celebrate. Here’s to their love!