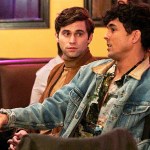 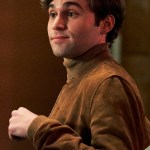 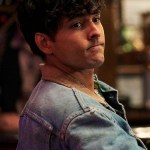 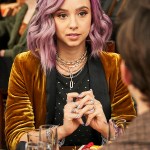 The highly-anticipated rom-com ’The Thing About Harry’ is making its big debut on Feb. 15. HL spoke with star Jake Borelli about starring in the groundbreaking gay rom-com and why the role was ‘written in the stars.’

The Thing About Harry is the perfect Valentine’s Day weekend treat. The Freeform TV movie stars Jake Borelli and Niko Terho as high school enemies Sam and Harry who are forced to share a car ride to their Missouri hometown for a friend’s engagement party on Valentine’s Day. On the way, Sam is shocked to learn that Harry has come up. They end up spending the night together in a roadside motel and begin to develop a friendship and possibly more.

HollywoodLife sat down with Jake at the Television Critics Association winter press tour to talk about the exciting movie. From the very beginning, Jake was destined for the role of Sam. “I got an email that said Peter Paige was interested in me being in his project. I immediately freaked out because I’ve always looked up to Peter,” Jake told HollywoodLife. “He’s such an icon in the queer community and especially in the entertainment industry. I’ve loved the shows that he’s created on Freeform. I was just sort of blown away that he was interested in me being in this project. And then I started reading the project and realized exactly what it was, which was this awesome, classic rom-com that was helmed by two queer people, which is something I’d never seen. It was something that I would have killed for when I was younger. I couldn’t put it down.”

He continued: “Peter has been good friends since college with my showrunner on Grey’s Anatomy. So they both knew me in very different ways. When Peter had this idea for this movie about these two queer guys, he explained his pitch for Sam and Krista Vernoff was like, ‘Oh, you mean Jake Borelli?’ He sort of thought for a second and was like, ‘Yeah, like Jake Borelli.’ So he ended up writing the movie with me in mind already. It was sort of written in the stars.”

Jake gave some insight into Sam and Harry’s past and how it affects them in the present day. “Harry is Sam’s almost complete opposite,” Jake continued. “When they were younger, they were in high school together and Harry was a bully and sort of made Sam’s life a lot harder than it should have been. Now, as they start to grow up, Sam realizes that Harry is queer himself, which sort of rocks his world. I think they both teach each other. I think Sam has the opportunity to teach Harry how to be a little more trustworthy, a little more committed, and I think Harry can teach Sam how to trust again, but it’s a rocky road for both of them with their history.”

Sequels are all the rage these days and Jake would totally be down to continue Sam and Harry’s story beyond The Thing About Harry. “I would love to do a sequel,” Jake said. “It would be great to do other days or just to see the relationships between all the characters and how that moves forward. I think we’re in such an age of continuing to watch content and I think these characters are really special and I would personally like to see what more they have.” The Thing About Harry will air at 8 p.m. on Freeform.