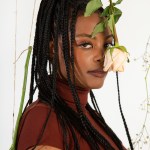 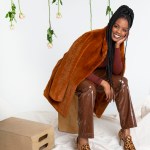 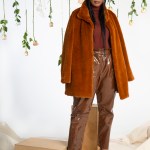 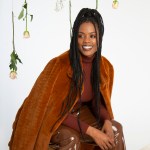 Novi Brown is a must-see in Tyler Perry’s BET series ‘Sistas’ & the star spoke to HL on our podcast about her character Sabrina!

One of Tyler Perry‘s latest and greatest creations, Sistas, is a new fan-favorite, and star Novi Brown has captured the hearts of fans as Sabrina Hollins. The show, filmed at Perry’s new, state of the art studios in Atlanta, follows a group of single black women from different walks of life and careers, who bond over their single status. Novi’s Sabrina is a bank teller and, more importantly, is falling for a guy who might be sexually fluid. “Is he gay? Is he not gay?” Novi questioned on the HollywoodLife Podcast in an EXCLUSIVE interview.

She added that Sabrina is definitely “the peacemaker” in the group of four female leads, which include KJ Smith, Mignon Von and Ebony Obsidian. “. If I would give her an astrological sign, I always say she’s a Libra. She just doesn’t want any beef. You know, she wants to keep it cool. She loves everybody and she’s also the person that maybe hasn’t found their inner voice yet or hasn’t tuned it all the way up yet,” Novi said. “And I feel like that’s a very important person to watch regardless of how old you are, because I feel like a lot of people say, ‘Oh, you’re 30 you should have it together.'”

She continued, “Said who? I feel like that kind of subconscious or unspoken competitive, ‘Oh, I got to get to 30 and do this’ — it really holds people back from fulfilling their dreams in a comfortable way and it makes people anxiety-ridden and then depression comes and then you want to stop your dreams and all these other things.” Novi, herself, has experience in working incredibly hard and long to pursue her dreams of becoming an actress, noting that she has been to over 2,500 auditions, and most of them ended with a “no.”

“It’s okay because you’re just refining your skill, you’re refining your craft. You’re getting closer to that specific goal that the universe and everything has set up for you,” she said on her hustle. “Gina Holden, who’s obviously been an industry just for so long, she gave me a great piece of advice. She said, ‘Listen, don’t leave. Everyone leaves LA. It’s about perseverance.'” We’re so happy she didn’t!

Make sure to listen to our full podcast interview with Novi Brown here & tune into Sistas on BET, every Wednesday at 9 PM ET!