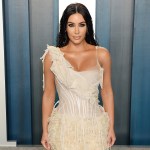 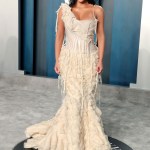 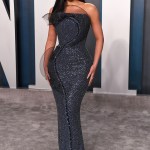 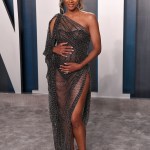 Now that the 2020 Oscars have been handed out, it’s time to party! We’ve got all of the best dressed stars from the various Academy Awards post-show bashes.

The Oscars ceremony is the place to show off some elaborate, yet hard to wear gowns. And the after parties are where stars can wear some seriously sexy dresses that are far more comfortable to have fun in. There was such a sea of stunning gowns that it’s always so hard to come up with the best dressed, and this year there were next to no fashion fails. With annual parties including the Vanity Fair Oscars Viewing Party and the 28th annual Elton John AIDS Foundation Academy Awards Viewing Party, there were so many stunning looks on Feb. 9, 2020.

At the Vanity Fair party, stars showed up dressed to the nines. Chrissy Teigen looked amazing in a low cut, high-slit seafoam green gown with strips of floaty fabric flowing down from the braided shoulders. Tracee Ellis Ross came looking like an Oscar herself, in a heavy gold Zuhair Murad gown. It featured a plunging front and a capelet that emerged from her long sleeves.

Once the Academy Awards telecast ended, many of the winners and attendees made a beeline from Hollywood’s Dolby Theater to the Wallis Annenberg Center for the Performing Arts in Beverly Hills to celebrate at the Vanity Fair bash. In a number of instances, many stars changed outfits from what they wore to the ceremony, to what they wanted to party in afterwards. Sometimes the Vanity Fair party looks end up being even more stylish than what was worn to the actual ceremony.

Sir Elton’s star-studded bash at West Hollywood Park was hosted by the cast of Netflix’s Queer Eye — Jonathan Van Ness, Tan France, Karamo Brown and Bobby Berk — as Elton was busy at the Dolby Theater collecting his Oscar for Best Original Song. They welcomed the fabulously dressed ladies that included Sharon Stone. The 61-year-old looked half her age in a sheer black dress that featured a plunging front. Her toned legs showed through the pattered fabric, and she donned a dramatic black crepe coat over it. Christina Hendricks looked gorgeous in a short-sleeved black gown that hugged her amazing curves. The always stylish Heidi Klum rocked a leopard print column dress that featured a train, as well as a black and silver statement belt. You can check out the best dressed stars at the after parties in our gallery above.