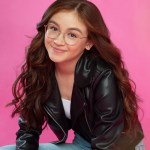 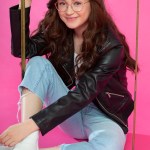 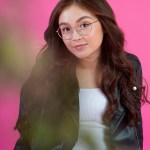 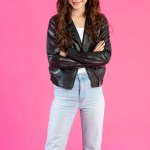 The one and only Kitty Covey is back in the ‘To All The Boys’ sequel. HL spoke EXCLUSIVELY with Anna Cathcart about what Kitty is up to in ‘P.S. I Still Love You,’ her thoughts John Ambrose, and more.

Fans have been waiting for the To All The Boys I’ve Loved Before sequel pretty much since the first one came out in 2018. Well, the wait is over. To All The Boys: P.S. I Still Love You premieres Feb. 12 on Netflix. All of your favorite characters are back and a few new ones are entering the picture. Fan-favorite Kitty Covey is very much a part of the sequel and HollywoodLife got EXCLUSIVE scoop straight from Anna Cathcart herself.

“Kitty’s definitely still the same feisty, bold person and she’s meddling with people’s love life as always,” Anna told HollywoodLife. “She’s the same person that you can expect, for sure. This time she kind of meddles with her dad’s love life. She’s very interested in getting him together with somebody, so that was super fun.” She added that there’s going to be a lot of “sister bonding” between Kitty and Lara Jean in the sequel.

To All The Boys: P.S. I Still Love You, produced by AwesomenessTV,  is the second novel in Jenny Han’s series. HollywoodLife asked Anna whether or not to expect big changes with the adaptation of the sequel. “I definitely think — just like in all movie adaptations of books — things change,” Anna said. “And there’s obviously going to be some things that are different. But the key storyline is the same and I think book fans can be excited for sure.”

“I think, for me personally, John Ambrose is more of my type of guy,” Anna said. “So I would go for John Ambrose. But Lara Jean is different and Peter is Peter so he’s amazing. That’s really all you need to know about him. He’s just him. I think Kitty would definitely be Team Peter all the way. She’s like all for it. She totally loves him so much and you get to see their relationship as well and their dynamic, which is really cute. I don’t know, I feel like the movie doesn’t give you enough time to like fully know John Ambrose and love him as much as Peter because you just get to know Peter better. But they’re neither of them are bad options so Lara Jean’s in a pretty great spot.”

To All The Boys I’ve Loved Before exploded in popularity when it premiered in 2018, catapulting its actors to stardom. Coming back to film the sequel was a little surreal for the entire cast. “It was crazy. No one anticipated the success of the first one,” Anna told HollywoodLife. “Of course, we were proud of it and we knew we liked it, but we were biased. So we weren’t sure how people were going to react. It was so wild that all of this reception from everybody was so good. So coming back for a second one was so exciting. Everyone just couldn’t believe we were actually back and it was like going back to summer camp.”