Ready for an instant dose of happiness? Just hours before Super Bowl 54, another awesome, and dare we say, equally important game is happening. It’s the sixteenth annual Puppy Bowl! Puppy Bowl XVI is a must-watch event in which two teams consisting entirely of fluffy puppies are pitted against each other to play football in a tiny stadium. Seeing these little floofs play football sounds like utter chaos but like the best kind. The pups are actually playing with piles of toys as a referee with the world’s best job attempts to coax them toward their goalposts. What can be better than that?

When the Puppy Bowl first began in 2005, the goal was to get these shelter dogs adopted, and since then they always have! In 2019, the focus was on the adoptable pups who were displaced by natural disasters in Puerto Rico, Florida, and Texas. The Puppy Bowl players came from 51 different animal shelters this year, including Puerto Rico’s The Sato Project. The bowl’s referee of eight years, Dan Schachner, told CNN that he hoped he was helping raise awareness about “the joys of fostering and adopting animals” each year. He shared, “Dogs … make us more human, and they make us better people.”

We dare you not to be absolutely delighted by these fuzzy little faces! This year, 96 adoptable puppies from 61 animal shelters and rescue organizations around the country make up the rosters of Team Ruff and Team Fluff. The annual event will also feature five special needs puppers, including Ferris, a three-legged Labrador Retriever mix, two hearing-impaired pups, a blind and hearing-impaired puppy, and one with a cleft palate. 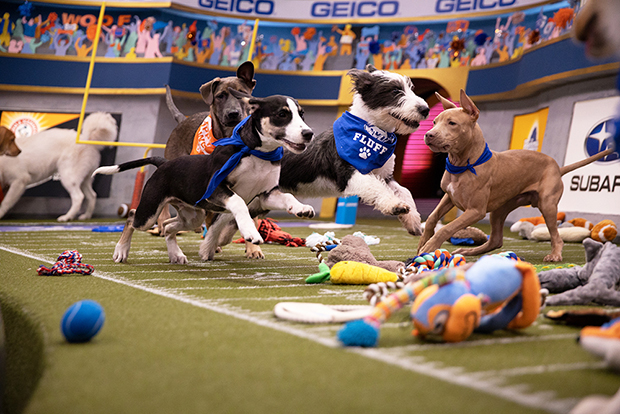 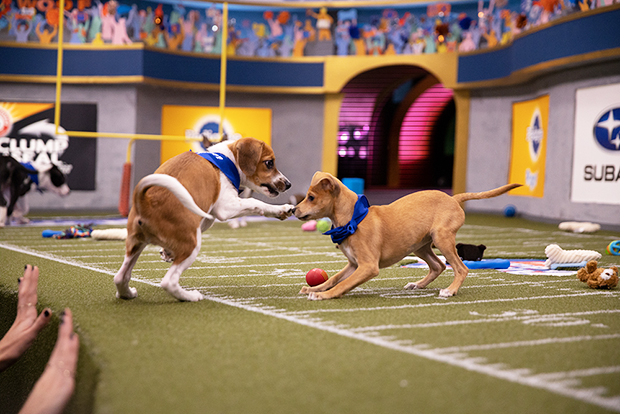 According to Animal Planet, this year’s roster is the biggest in Puppy Bowl history and features more international puppies than ever before. Animal Planet audiences will also see the return of The Dog Bowl, the one-hour competition for adult and senior dogs living in rescues and shelters. Fans of the floof can tune in to watch these little rascals rumble at 3pm ET on Animal Planet! For cute as all hell pics of the Puppy Bowl contestants scroll through our gallery above!