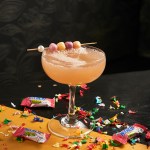 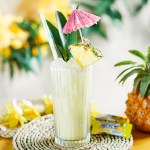 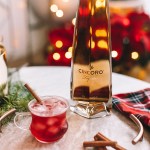 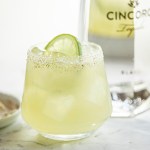 Whether you’re rooting for the San Francisco 49ers to bring the Lombardi Trophy back to the Bay, or for the Kansas City Chiefs to claim the NFL Championship, enjoy the Super Bowl with a delicious cocktail with these delicious recipes.

It’s almost Super Bowl Sunday, the biggest game in the year for football fanatics (and for commercial aficionados, who watch the game for all the ads in between the action.) It’s also one of the biggest party days in the United States. What’s better than having some friends over to watch the game while enjoying some snacks and drinking a few tasty drinks? While beer remains the top beverage during the game, why not change things up with a cocktail or two?

Ahead of Super Bowl LIV, between the Kansas City Chiefs and San Francisco 49ers, plan to mix up something different for you and your guests. Thankfully, we have over fifty recipes featuring some of your favorite brands like Cincoro, Svedka, Dickel, Herradura, Double Cross Vodka, SVEDKA, Casamigos, Cabardi, The Botanist, Smirnoff, Corralejo, Mount Gay, Woodford Reserve, Volcan, Templeton Rye, Tanteo, Uncle Nearest 1884 Small Batch Whiskey and more. There’s something for everyone in the gallery above.

The amount of money that football fans will spend in the leadup to the Super Bowl is staggering. According to data provided by Neilsen, Americans spent $1.2 billion on beer. Compare that to the $652 million that they spent on wine and the $652 million spent on “distilled spirits.” While a cocktail is just as refreshing as a cold beer during the Super Bowl, there’s no doubt about it: the sudsy brews continue to reign supreme during game-day.

“As millions gather around their televisions to cheer on their favorite football team this Sunday, there’s one thing we can all agree on – beer is the beverage alcohol of choice for Super Bowl parties,” said Jim McGreevy, president and CEO of the Beer Institute, in a press statement “Since Super Bowl I in 1967, football and beer have been inextricably linked, and there has never been a better time to be a beer consumer in the United States – with more than 7,000 breweries producing tasty, exciting, innovative products in every corner of our nation. The Beer Institute encourages everyone celebrating with beer this weekend to enjoy responsibly.”

193.8 million adults plan to watch Super Bowl LIV, according to the National Retail Federation. Those watching are expected to spend $88.65 on average for food, beverage, merchandise, and party supplies. This means that $17. 2 billion will be spent in celebration of football’s biggest night. Hey, the Super Bowl only comes once a year, so pour yourself a drink while cheering on your favorite team (or while watching Jennifer Lopez and Shakira kill it at the Halftime Show.)