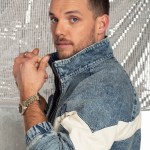 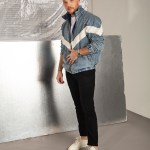 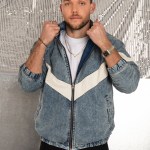 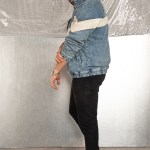 What would happen if the world never met John K? It would be a less colorful place. He tells us how his ‘perfect’ collab with Kelsea Ballerini came about, when to expect an album, and the one lesson The Beatles taught him.

“Perfection isn’t rushed, but sometimes, it happens naturally,” John K casually says after he wraps up his photoshoot with HollywoodLife. It’s an offhand comment, one not to be taken seriously, but in the conversation that follows, it becomes a recurring them: success sometimes happens. Granted, John k’s success didn’t happen overnight. After starting the John K project in late 2015, he and his crew worked hard for years to “build this thing from the ground up.” After years of releasing music independently, his song “OT” caught the attention of legendary radio personality Elvis Duran, who, in 2017, named the project Artist Of The Month. From there, success continued to happen. In 2019, John K signed with Epic Records and released if we never met. The EP’s title track was a hit, generating over 50 million streams organically and cracking the Top 15 at HOT AC Radio.

“I mean that’s the ‘If We Never Met’ story, really. It’s just the pieces all coming together,” John K says to HollywoodLife after the shoot. He speaks with such vibrancy, it’s impossible to tell that he’s been up before sunrise, having come over directly after performing on the Today show. There’s joyous tranquility about John K and a warm enthusiasm that comes out in the conversation. When he speaks about how the remix of “If We Never Met,” featuring Kelsea Ballerini, came about, it’s hard not to think it was destined to happen. “It was perfect in its own way,” he says of Kelsea’s take on the song, after explaining how this creative collaboration “just happened.”

It takes years of hard work for something to just “happen.” John K explains this, while also explaining what draws him to pop music above all, why “If We Never Met” was destined to be a duet and the one thing that he, a Beatles devotee, has learned from the Fab Four.

HollywoodLife: In, 2019 you signed with Epic, released your first EP for the label, and had a hit song all within about 10 months. Have you given yourself time to look back and reflect? Also, when the year started, did you have a feeling that something like this was going to happen?

John K: I think that Rob and I — Rob’s my manager — I think Rob and I have had that feeling for about three years. I think that feeling has been the driving force for what’s been happening. Yeah, it’s crazy. I mean we do every now and then take a second and talk about it. “Do you remember when we were sitting in the studio, and we were just writing our first song?” That wasn’t that long ago. And so, to see it go from that to getting a song that is truly moving people and connecting with people, it’s fucking cool.

“If We Never Met” is deeply personal to you because it’s both about someone special, but about the people around you – like manager Rob – who afforded this opportunity to live this dream. It’s also this wonderfully universal message that seems to be connecting with audiences.

Yeah, it’s awesome man. And I couldn’t think of a better song to lead with when it came down to picking the final EP tracklisting, it was very obvious. This is the focus track because, as a new artist, this is a message I could see myself completely getting behind. When I signed, I rolled into the label with eight people. I was like, “this is who I am. My team makes me real. They keep me sharp, they keep me grounded, they keep me focused, and that’s a big element of this project is how much of a team effort it is.

“If We Never Met” was a smart way to introduce yourself as a songwriter, too. How did the song come about?

The song was birthed from the vulnerable place of having a conversation with another songwriter, and I was basically telling our story up to this point. Without missing a beat, the songwriter, Steph Jones, was like, “I’m getting kind of an, ‘if we never met vibe.’ ” There we go. And then we were just off and running, and two hours later the song was done. It was sick because it was very real, that’s the lyric. And then the concept was already there, and the lyrics just fell out.

And you’ve released a remix of it?

Yes! So, when we wrote it, it was me and Steph Jones. It felt like a duet. It felt like there were two sides to the story. But we wrote it at that moment and finished it out. Always, in the back of my mind, I was kind of feeling like this could be a really powerful duet. And Steph also works with Kelsea [Ballerini]. There was a very short list of dream artists that we thought would be perfect for this song, and Kelsea was on that list.

It all happened very organically. Kelsea reached out to Steph, “I love this song that you are on, you’re a part of. Amazing.” “Oh, that’s interesting. What do you think about maybe jumping on it?” And it happened like that, so.

The stars were aligning.

And it’s real. Like that’s the coolest part — it doesn’t feel forced. We didn’t have to have this person reach out to this person, maybe get an indoor camp and hear it and then throw money on the table to make it happen. It just happened. Her camp is amazing. She’s a very real artist, and she sent me the version, and it was done. Steph and her wrote that side of it too. It was her story, the way she connected to it. And they had a similar moment that Steph and I did when we wrote it. So, when they sent over their version, it was perfect in its own way, because it was Kelsea’s side.

You’ve said a couple of months ago that you were sitting on 20-plus songs.

More than that. [laughs] Yeah, that number has grown.

Are you going to release an album this year, or do you see the John K project being more suited for shorter releases put out at a more frequent pace?

The albums that I always loved growing up were experiences, through and through. It wasn’t 12 singles, it was a complete experience. And if I’m going to release the debut album, it’s got to be one of those albums that you want to listen to the whole thing, straight through. Top to bottom. With the team, we’re all very perfectionist driven. We want it to be perfect. I still see it happening this year. I don’t have a date exactly lined up, and we’re working towards it, but I do see the debut album happening later this year.

Until then, we’ll drop a couple along the way. We have a song slated to come out this month and then one shortly after that as well.

You mention albums as experiences. You are not shy to admit your love of The Beatles, and you’ve said that whenever you go on a long drive, you’d put on Sgt. Pepper’s Lonely Hearts Club Band. What would you say is the main influence you’ve taken away from the Fab Four? The vocal harmonies? Ringo’s drumming?

I think what I learned the most from them is that there are just no limitations on music, that it is as broad and creative and loud as you are. There is no ceiling. You can literally do anything. And that’s what they did. They threw out crazy songs. But, it’s amazing because they’re the Beatles and they can do whatever they want, and they proved that. They can do whatever they want, and somebody is going to connect to it. All the different angles of music, just not being put in a box and being able to express and be creative and have that full experience, I think they’ve inspired me to explore every avenue that my voice could cover. There is no genre. It’s just John K.

Speaking of genre, you’ve described yourself as pop but with caveats. With so many influences, what drew you to pop as opposed to hip-hop or speed metal?

Pop is for me the broadest avenue, and I think the only thing capable of containing me. Some things are going to lean a little RnB, a little hip hop, a little this, a little that and from everything and call it pop because it’s so broad. There’s not another genre that has everything.

We’re talking after your performance on the Today show. How was it? Was your phone blowing up from everyone you’ve ever met, going “I just saw you on TV!”

“We went to middle school together, bro.” It went pretty well. I’d say I feel really, really good about it. We’ve been performing “If We Never Met” for the last six months, like religiously. So, the arrangement was great. We took a little liberty, we wanted to switch it up a little bit from the record and just give it a little life, a little different angle. But I was on the Today Show two and a half years ago, and Hoda Kotb remembered us and welcomed us back in with open arms.

We brought them If We Never Met t-shirts, and it was a really special full-circle moment of just being able to kind of look back at where I was mindset-wise with “OT” and what got us there. [Radio DJ] Elvis Durant named us Artist Of The Month, and brought us in and brought us on the Today Show. And it was incredible that we were there and that kind of started everything. Labels were like, “How did you do this? How were you on the Today Show?” And then that led to everything else. So, it was really a cool, surreal, full circle reflection of being back there and also being able to perform “If We Never Met.”

Finally, we have to ask – how’s your dog, Lilly?

Lilly. That’s my girl, man. If I could bring her everywhere with me, I would. That’s my baby. She’s missing me right now.

John K’s remix of “If We Never Met,” featuring Kelsea Ballerini, is out now.