Jennifer Lopez is superhuman, or just needs no sleep. The Grammy-nominated singer, who’s gearing up for her big Super Bowl halftime show, is the newest face of Coach! J.Lo was named as a global face of the brand back in November, but the new ad campaign photos just released on January 21.

The Hustler’s star, 50, looks fierce in various leather looks from Coach’s Spring/Summer 2020 collection. In one powerful shot, Jennifer shows off her amazing curves in a red leather trench coat with a silk blue scarf tied around her neck. She stands tall in a pair of red heels with blue ankle straps. And, of course, she’s holding a two-tone brown Coach bag on her right shoulder.

In another campaign shot, Jennifer smiles while looking up at clear blue skies on a sun-kissed New York City day. She dons a black sweatshirt that is tucked into a deep pink, button-down leather skirt. The leather bottom also includes a tiny green belt and multiple slits. What stands out are the three Coach bags J.Lo’s wearing in the shot. — A pink leather cross-body bag on her right hip, and bright yellow and green bags on her left shoulder. 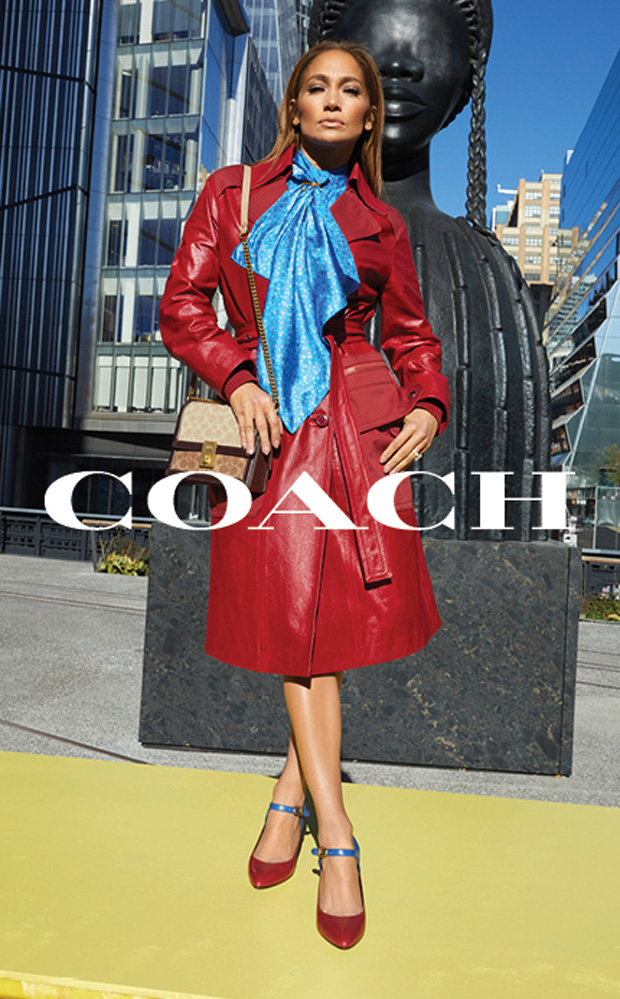 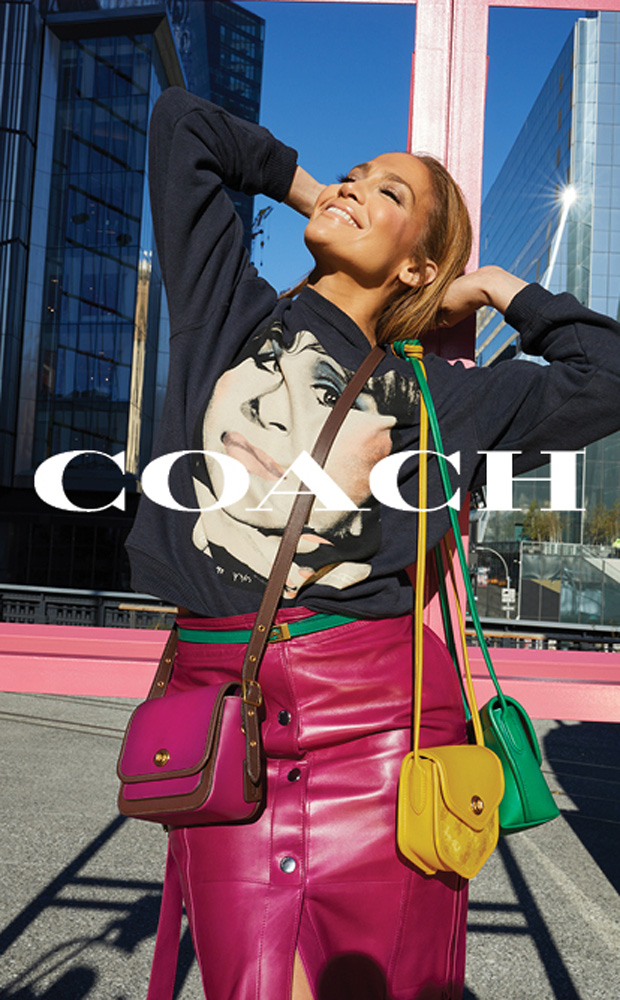 The new Spring/Summer 2020 campaign, titled, “Originals Go Their Own Way,” was shot in J.Lo’s hometown of New York City. The mom of two is from the Bronx, as noted in her 2002 hit, “Jenny From The Block.” And, speaking of throwback hits, J.Lo actually featured a Coach duffle in her “All I Have” music video in 2002, which featured LL Cool J. The bag showed off the brand’s signature double “C” logo.

The campaign also stars actor, Michael B. Jordan, who was named the first global men’s face of Coach’s menswear in the fall of 2018. The Creed star made his debut campaign with the brand in January 2019. Both J.Lo and Michael join Selena Gomez as global faces of Coach.