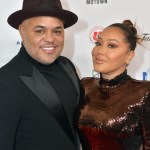 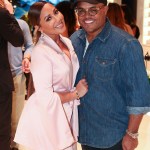 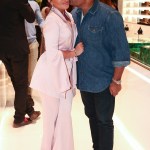 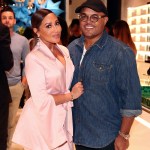 Cheetah-licioius! Raven-Symoné and Adrienne Bailon were part of the ‘great turnout’ at the 2020 Women’s March, where the former co-stars captured their reunion on Instagram!

Celebs and citizens alike came out to support the 2020 Women’s March on Jan. 18, 2020, including two familiar Disney Channel alums! Raven-Symoné and Adrienne Bailon joined the incredible political movement and took some time to commemorate the moment, as well! On Jan. 19, the day following the organized protest, Raven shared a snap of the two former co-stars beaming at the camera while attending the march. The pair looked as if time had hardly past since their days belting tunes like “Cinderella” and “Girl Power” and they couldn’t have been happier to be sharing such an important moment together!” Raven captioned the candid pic, “Yo #theangelsvoice @adriennebailon graced us with her voice at @womensmarch what a great turnout!”

Of course, Raven and Adrienne were just two of many activists, allies, and politicians who joined in the movement. But seeing the snap that Raven posted, fans couldn’t help but have one particular thing on their mind. “A cheetah girls movie with Adrienne and raven would be awesome,” one fan commented on the pic! A slew of more followers to Raven’s Instagram continued to comment on what a huge role the two women played in their childhoods, as well as just how beautiful the pair looked in the snap. Even more fans were very keen on the idea of making this reunion a major televised event! “Cheetah girls 3? Haha the reunion we all need,” another fan quipped!

While it’s true we might need the Cheetah-licious power of the Cheetah Girls now more than ever, Adrienne has her own take on a possible reunion of the four, fierce ladies. “I am here for the revival,” Adrienne revealed to HollywoodLife in an EXCLUSIVE interview from May 2018. However, she did stipulate that she is “not in love with reboots. I think some things should be left alone. And I think especially when you left on a high, and people still have so many great memories of that… Don’t go back and ruin it! Just let it live. Honor it. Respect it and lets keep singing the stuff but keep on pushing.”

As fans know, The Cheetah Girls were practically a world-wide phenomenon when the Disney Channel Original Movie of the same name debuted in August 2003. From the original DCOM, The Cheetah Girls went on to spawn two more TV movies — The Cheetah Girls 2 and The Cheetah Girls: One World — and fans still want more! But until that comes to fruition, devotees to the girl group can rest assured that these mini-reunions will tide them through our troubled times!