It’s nearly time for the 26th Annual Screen Actors Guild Awards to begin! But before the show can start, all of the incredible guests need to arrive and walk the red carpet! There’s bound to be some amazing looks tonight as plenty of trendy stars, like Camila Mendes and Sophie Miller, are expected to show up and give their millions of fans something to talk about for days to come.

What an evening it has been so far in terms of the colorful fashions that have been seen on the SAG red carpet. All age ranges, from Millie Bobby Brown to Gaten Matarazzo to Jane Seymour and more looked absolutely smashing as they posed the house down outside the major ceremony. The Stranger Things star wowed the crowds in a stunning white dress with matching pants underneath and a platinum necklace and diamond ring by Cartier while the former Dr. Quinn, Medicine Woman actress sizzled in a glittery silver ensemble.

There was also a bunch of hunky men on the SAG red carpet, like Dacre Montgomery, who came ready to be seen in a fitted white Tux. The Aussie native talked while there about the wildfires that have ravaged his home country and how it inspired him to become a Red Cross ambassador in the process. 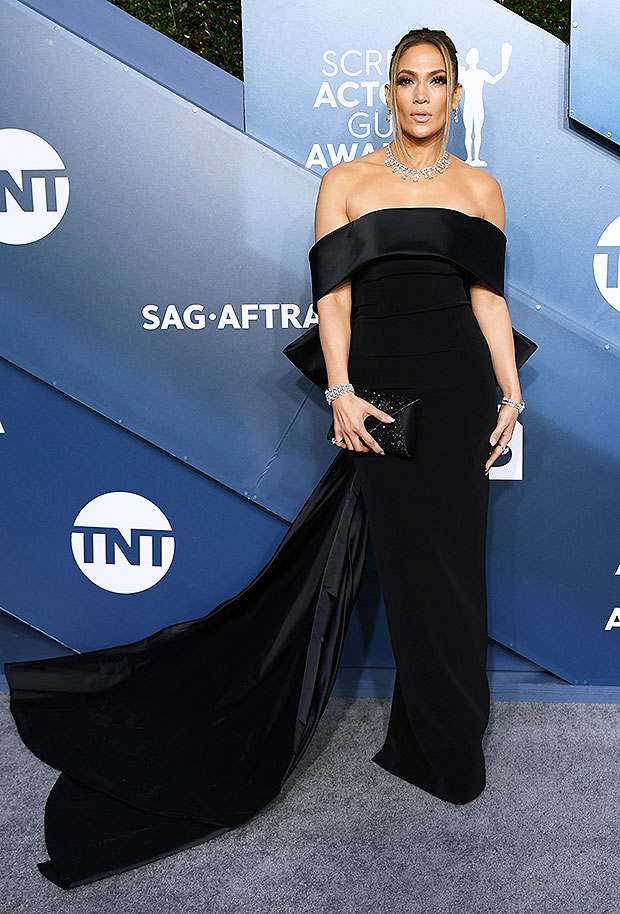 This year the SAG Awards are following suit with other broadcasts, like the 76th Primetime Emmy Awards in September 2019, and forgoing an emcee. The last two years saw two amazing women take on the role as host with Will & Grace star Megan Mullally dazzling in 2019 and Frozen actress Kristen Bell bringing on the laughs in 2018.

From the fabulous dresses to the dapper tuxes to the sweet date nights, keep clicking through the gallery to check out photos from the 2020 SAG Awards!