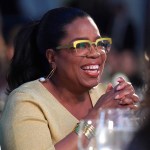 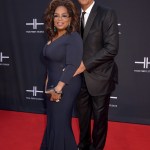 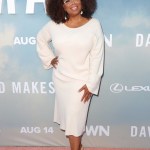 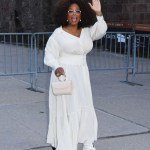 Oprah Winfrey confessed that she ‘didn’t actually want a marriage’ in the February 2020 issue of O Magazine, where she shed some light on her private relationship with her longtime partner, Stedman Graham.

Oprah Winfrey is one of the most powerful figures in media and entertainment, and she’s handled it all with such confidence and independence over the past decades. But that didn’t stop Stedman Graham, Oprah’s partner of nearly 40 years, from popping the question in 1993. “In 1993, the moment after I said yes to his proposal, I had doubts,” Oprah shared during her profile with O Magazine. “I realized I didn’t actually want a marriage. I wanted to be asked.” She continued, “I wanted to know he felt I was worthy of being his missus, but I didn’t want the sacrifices, the compromises, the day-in-day-out commitment required to make a marriage work.”

For her legions of fans across the world, it’s always been clear that her priority has been her evolving platform and her many ventures. As such, Oprah and Stedman have shown that they don’t need a marriage license, a ring, or any of the odds and ends to make their relationship work after all these years together. “Our relationship works because he created an identity beyond being ‘Oprah’s man,'” Oprah revealed. Truly, Stedman is quite accomplished in his own right.

He teaches Identity Leadership around the world and has written multiple books on the subject in the educational field. “And because we share all the values that matter (integrity being number one). And because we relish seeing the other fulfill and manifest their destiny and purpose. It’s what Gary Zukav defines as a spiritual partnership: partnership between equals for the purpose of spiritual growth. I know for sure it’s the ultimate flower on my mind.”

With their strong bond, it may surprise some fans to know that Stedman and Oprah weren’t exactly immediately drawn to one another. “I thought he was nice enough, but I wasn’t that impressed,” Oprah revealed of meeting him for the first time. Though she did find him “kind” and “handsome” she wasn’t wholly won over. “I figured he must be a player. So did all my producers. They warned me not to get involved with that Stedman guy.” But after spurring a friendship, “It wasn’t until months later, when I learned he’d broken up with his girlfriend and had been inquiring about my dating status, that I gave him a serious thought.” And the rest is history!