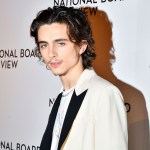 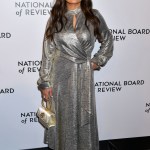 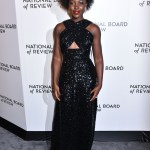 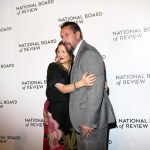 Breakthrough actor Paul Walter Hauser spoke to HL about preparing to play Richard Jewell & how the story ‘outraged’ him.

Paul Walter Hauser has received critical praise in his first lead role as the hero-turned suspect of the Centennial Park bombing Richard Jewell in Richard Jewell. The actor revealed that he studied a tape of Jewell being questioned by police following the bombing that killed one person at the 1996 Olympics, and what he watched absolutely outraged him. “It pissed me off because you feel for him obviously, and you’re just outraged… There are things that you see in plain sight and you go, ‘This is wrong. This is not going to be rectified and we’re all going to forget about it,'” Paul said to HollywoodLife.com in an EXCLUSIVE interview. “I guess it was one of those things where it really bummed me out and broke my heart watching it, but it was also so helpful to have that footage because then you play the role and you’re just basically doing whatever he did in the actual footage, which that mimicry is easy to live in when you’ve seen the reality of what it actually is.”

The actor, who previously had guest-starring roles in Unbreakable Kimmy Schmidt and It’s Always Sunny In Philadelphia, spoke to HL at the National Board Of Review Annual Awards Gala, where he was honored with the award of this year’s Breakthrough Actor for his portrayal of Jewell. “I think the script honored him. All the work was done between Clint [Eastwood]’s vision and Billy Ray’s screenplay,” Paul added. “The obligation I felt is what I feel on any film, even when I’m doing seven lines on Unbreakable Kimmy Schmidt in a guest starring role — I’m trying to honor the commitment and make sure that I’m giving everything I can to it. So, the methodology was probably the same. I think the pressure was playing the titular character of a movie.”

Paul’s co-star Kathy Bates, who played Jewell’s mother Bobi, was also honored at the event with the Best Supporting Actress award. We hope to see the film receive Oscar nods during the nominations announcement on Monday, January 13.