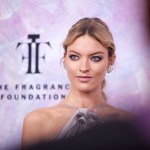 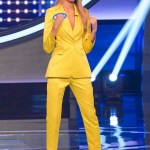 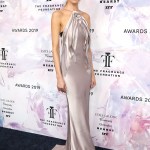 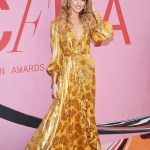 Martha Hunt has a ‘secret’ she can’t keep: the model is engaged to photographer Jason McDonald! There was an adorable ring ‘BEAR-er’ involved.

Martha Hunt, 30, will be trading white wings and a runway for a white dress and an aisle. The Victoria’s Secret Angel is engaged to photographer Jason McDonald, which she revealed in an Instagram post on Jan. 8! “I have a secret…” Martha cheekily captioned the slideshow, but the North Carolina native didn’t do a good job at keeping the proposal confidential. In the first photo, the model not-so-subtly put her finger in front of her lips, as if she were a librarian saying “shush.” Of course, a big and round diamond ring was front and center on that finger!

Martha chose to include romantic photos with her new fiancé for the next two photos, which showed them cuddling on an outdoor sofa and enjoying a sunny day at the beach (the ring was visible, again, for the last picture). The photos were snapped in Harbour Island in the Bahamas!

Although Martha broke the news on Jan. 8, the proposal actually happened three days prior. This was revealed on the date etched into the dog tag of Martha’s adorable dog, Bear, whose help Jason apparently enlisted for the surprise. The photographer shared a photo of Bear wearing the heart-shaped dog tag with his parents’ initials, the proposal date (“1-5-20”), along with the diamond ring itself hanging off a key chain on the dog’s collar!

i have a secret…

It didn’t take long for Martha’s celebrity pals to chime in under Martha’s engagement announcement. “Yayyyyyyy congratulations you two love birds!!!!!!” model Lily Aldridge commented, while fellow model Taylor Hill left a boatload of “shh” face emojis — mimicking Martha — and hearts. Sara Sampaio, another Victoria’s Secret Angel, was just as thrilled, writing, “Omg congratulations 😍😍😍😍😍🙌🙌🙌.” Queer Eye’s Antoni Porowski may have had the best comment: “WHAT IS IT?!? WHAT’S THE SECRET?!! DON’T LEAVE ME HANGING!!” To that, the bride-to-be replied, “CONTEXT CLUES.” We’re using them, all right!

Martha and Jason have been happily dating since 2015, and they first crossed paths on the set of a Free People campaign shoot, according to Vogue.