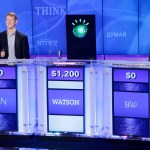 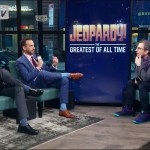 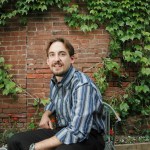 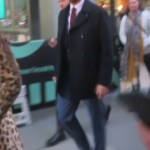 The biggest showdown in ‘Jeopardy’ history kicks off with their ‘Greatest Of All Time’ tournament. We’ve got five things to know about all time money champ Brad Rutter.

The three biggest winners in Jeopardy history will be going head to head in a Greatest of All Time tournament beginning on Jan. 7. Ken Jennings, 45, James Holzhauer, 36, and Brad Rutter, 41, will be competing each night for an hour in two 30 minute regular matches. Whoever wins the most prize money over the course of that hour will be crowned the champ for the night. The first person to win three nights of play will be crowned the Jeopardy G.O.A.T. and take home $1 million in prize money. James became famous in 2019 for his daring wagers that won him $2.46 million in prize money in 32 games and Ken famously holds the all-time record of 74 consecutive wins. We’ve got five things to know about Brad Rutter.

1. Brad is the top prize money earner in Jeopardy history.

He racked up $4.7 million during his numerous appearances on the trivia show.

2. Unlike his competitors, nearly all of Brad’s winnings came from tournaments and not regular show appearances.

When he first appeared on the show on October 30, 2000, the rules stipulated that after five consecutive wins, the victor had to retire. Brad did just that, leaving the show with $55,102 and an invite to the Tournament of Champions (the rules were changed in 2003, allowing a winning contestant to keep going until they lost). Brad took home 100K for winning the 2001 Tournament of Champions. He returned in 2002 for the Masters Tournament and took home a $1M prize, the biggest in show history at the time. In 2005 he competed in the Ultimate T.O.C. and took home $2,100,000. In 2014 he competed in Jeopardy! 2014 Battle of the Decades, winning the tournament and its $1M prize money. And the list goes on.

Brad beat Ken in the final of the 2005 Ultimate Tournament of Champions, as well as the Jeopardy! 2014 Battle of the Decades. The later victory pushed Brad past Ken’s record of $3.37 million in prize money from his 2004 74 day regular show winning streak and years of tournament play. He also beat Ken in the finals of the 2019 All-Star Games.

4. Brad has always been into trivia quiz competitions.

He was a member of the quiz bowl team at Manheim Township High School near where he grew up in Lancaster, PA. They took home second place at the 1994 Texaco Star National Academic Championship.

5. Ken thinks Brad will win the Greatest of All Time competition.

“He’s the best I’ve ever seen,” Ken told Seattle Refined of Brad, noting that he’s “almost unbeatable on the buzzer.” “I’ve played Brad in four different tournaments and he’s beat me three times. I’m like a perpetual second-place finisher to Brad. Somebody said, ‘Often a Bradsmaid, never a Brad’ which — that really hurt.”