Jennifer Aniston squeezed in a vacation ahead of the Golden Globes, and showed off her incredible figure in a black bikini on January 1 in Tulum, Mexico.

Jennifer Aniston rang in the new decade with a little R&R in Mexico! The Morning Show actress, 50, sizzled in a black two-piece while at the beach on January 1, as seen in new photos from her vacation to Tulum. Jen was pictured walking in the sand with her good friend, director Will Speck.

Jen — who is set to appear at the 77th annual Golden Globes on January 5, in which she’s nominated for her leading role in Apple TV Plus’ The Morning Show — wrapped a towel around her waist in the new snaps. The actress wore an oversized, beige straw hat and a pair of sunglasses as she made her way to a lounge chair.

It’s unclear if Jen jetted off to Tulum with Speck, 49, or if he happened to be vacationing in Mexico. However, it’s not much of a surprise that they were spotted together. The two have been friends for years and even worked together on the 2016 comedy Office Christmas Party, in which Jen played one of the leads. The actress and director were also pictured together back in October while out to dinner with friends in LA. 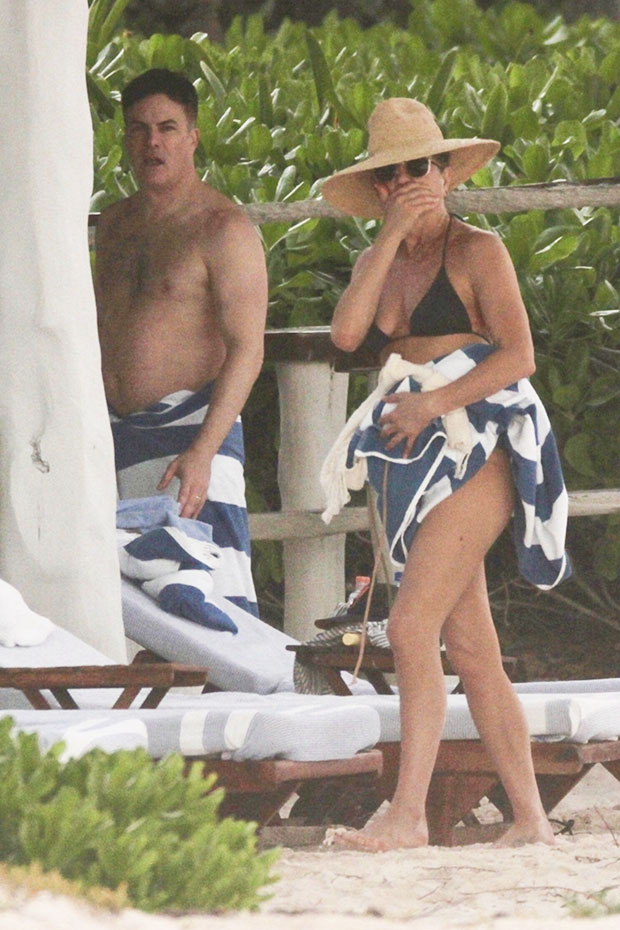 Jennifer Aniston rocks a black bikini while on the beach with her director friend Will Speck on Wednesday, January 1, 2020 in Tulum, Mexico. (Photo credit: Backgrid)

It’s a big weekend for Jen, as she’s not only nominated for a Golden Globe, but she will reunite with her ex, Brad Pitt, who is also nominated. Fans have been waiting for the moment in which they both share the red carpet following their recent hangouts.

Brad, 56, attended Jen’s 50th birthday party back in February, as well as her recent holiday party at her Bel-Air home in December — both of which featured exclusive guest lists. The exes, who were married from 2000 to 2005, have struck up a blossoming friendship since their respective divorces. Never say never, right?