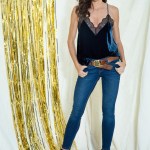 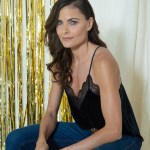 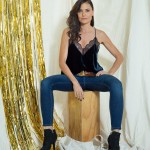 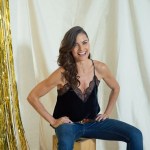 The next installment in ‘The Grudge’ universe will be released Jan. 3. HL spoke EXCLUSIVELY with Tara Westwood about the ‘really dark’ film, paying homage to the original, and more.

The Grudge is wasting no time bringing the scares in 2020. HollywoodLife sat down EXCLUSIVELY with Tara Westwood, who plays Fiona Landers, to talk about what fans can expect in this latest film in The Grudge franchise, which is set in the same timeline as the 2004 remake of Takashi Shimizu’s Japanese horror film Ju-On: The Grudge. “This one has more of a psychological journey and it goes dark. It goes really dark,” Tara told HollywoodLife. “It’s not just like I’m going to scare you by jumping out of things. I cried when I read the script. I was scared when I read the script. And that R-rating allows us to push it.”

This film will have its own story but won’t forget what’s happened in previous films. “I think that it was really important to [director] Nic [Pesce] and [producer] Sam [Raimi] and everyone involved to really pay homage to what had already happened, including in Ju-On, the original Japanese film. They did that beautifully. But this is its own film for sure. There are certain things that they’re definitely tipping their hat to, which is really, really great. I think that was important to Nic. I do think that people that loved The Grudge before will still love this. I think it’s also going to have a whole new audience, especially with that R-rating.”

While she couldn’t say much about her character for the sake of spoilers, Tara did tease that her character, Fiona, is in Japan initially. “If you’ve seen the trailer, you see her alive and well,” Tara said. “And then, later on, you see her on top of Lin Shaye in a much different state. I can say that I get infected with the Grudge. That’s what I can say.”

The Grudge also stars Demián Bichir, John Cho, and Jacki Weaver. The movie will be released everywhere on Jan. 3.