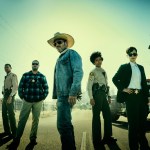 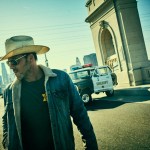 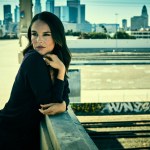 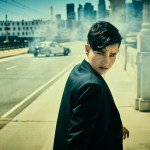 Deputy follows Bill Hollister (Stephen Dorff), a fifth-generation lawman who is suddenly thrust into the role of sheriff of the Los Angeles County Sheriff’s Department. Yara Martinez stars as Paula Reyes, who is Bill’s trauma surgeon wife. HollywoodLife talked with Yara about why she wanted to take the role of Paula. “In the past five years, I’ve been working on Jane the Virgin and also The Tick on Amazon Prime, which were really exciting and really out there characters,” Yara told HollywoodLife. “It had been a long time since I had done something that was really gritty and raw and I kind of was curious if I could have just played a normal human being, not that Lisa’s not normal, but just someone a little bit more tame. So just for me, acting-wise, that was something that I was just curious to do. I was just also curious if I could bring a lightheartedness to Paula Reyes. Just to add some balance to the drama. All of that was something that just personally was interesting to me. And then I definitely wanted to work with David Ayer and Stephen Dorff for sure, especially after seeing his role on True Detective.”

Over the course of the first season, Deputy will explore Bill and Paula’s marriage and how it’s been impacted by Bill’s new position. “He needs to be out there fighting justice in the streets, so we’ll be seeing them deal with that,” Yara continued. “Since they’re both such strong-willed people, we’ll see them confront each other but at the same time seeing the love and support and respect that they have for each other.” Bill and Paula also have a 14-year-old daughter named Maggie and the show will showcase “how the family navigates all of a sudden being thrust into the spotlight because of Bill’s new job.”

Even though they have very different jobs, Yara said that there will be crossover with Bill and Paula’s work. “You definitely see them in the hospital together,” Yara continued. “It’s interesting because they both work to save lives. So it’s how they save lives and on their own terms. You’re also going to see a lot of Bill and Paula’s home life and how they deal with all of that. There’ll be the gritty urban crime drama on one end and then there’ll also be a family-centered drama on the other end. The balance is really interesting and I feel like seeing that side of Bill makes you care about him even more, and seeing that side of Paula makes you care about her even more.”

Yara stressed that Deputy is an ensemble show so fans will get to “see the personal lives” of all the characters. “The anchor of it all is the Hollister family and our family life,” she said. “So I think you’ll get the action, but you’ll also get something that’s very satisfying emotionally that you can connect to every week.” Deputy will air Thursdays at 9 p.m. on FOX.