Remember when there was a time when all of us thought Kourtney Kardashian, 39, and Travis Barker, 43, were a thing? On Dec. 28, Kourtney and her son Reign, 5, plus Blink 182 drummer Travis were spotted out together as they visited Kanye West‘s warehouse. Kourtney kept it casual, wearing a white t-shirt and pants which were mostly obscured under a long light brown trench coat and a pair of black sunglasses as she walked into the warehouse. She was seen holding Reign, who was wearing the brightest neon green hoodie ever seen, grey sweats and matching neon green Nike shoes. Reign is definitely still feeling some residual Christmas spirit!

The reality star’s outing comes just a few days after her family’s epic Christmas Eve party, and just days before the New Year’s Eve holiday. Friendship truly is magical. For those who don’t know, we live in a world where the heavily tattooed punk drummer is close with Keeping up with the Kardashians star. This unlikely friendship was put on display on last year on Dec. 2 when Kourt and Travis took their respective kids out for ice cream. This sweet treat came after months of reports that these two are supposedly more than friends, as some have speculated that they might actually take things to the next level. Yet, as it turns out, they’ve been friends for many years and have been neighbors in the same gated community in Calabasas. Simple as that.

On Christmas Eve, she posted a multitude of photos from the annual family holiday gathering that included one of her getting cozy with her on-again, off-again beau Younes Bendjima, 26. The sexy model looked cozy as he held her waist while they posed for the camera against a festive backdrop that included a huge Christmas tree. Although the photo was towards the back of the set, eagle-eyed fans took notice of what was going on and were elated to see the gorgeous couple back together. 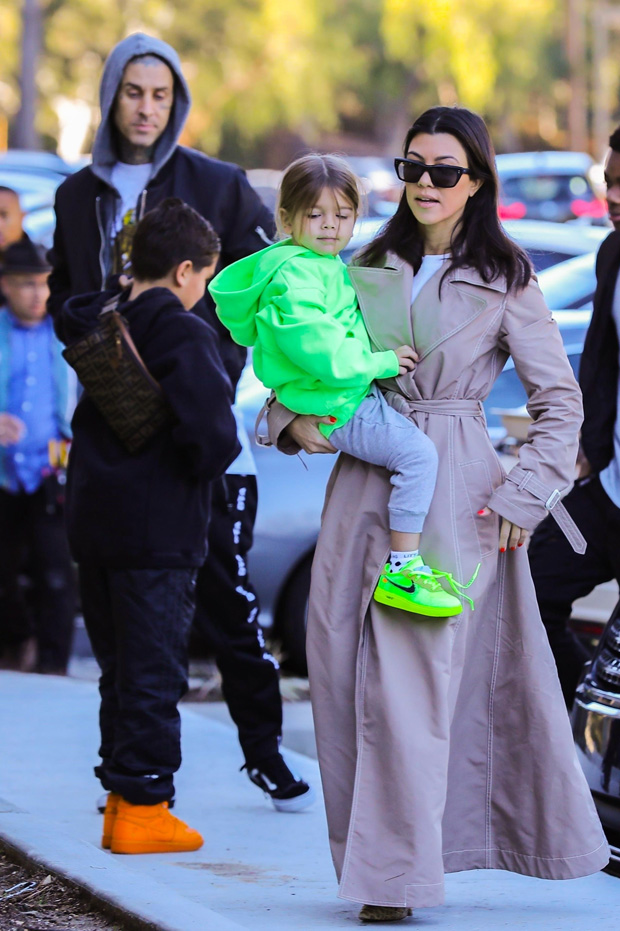 Although Kourtney and Younes have reportedly been dating for months now and have been seen out and about at places like Disneyland and in Miami on Dec. 5 during Art Basel, fans are super excited to see to this beautiful couple confirm that they are back together.

It’s easy to get caught up in all the small things–sorry, we couldn’t help ourselves–but it’s easy to see that Kourtney is happy and thriving with Younes by her side and Travis as a close friend to her.