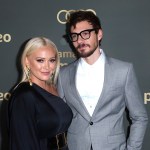 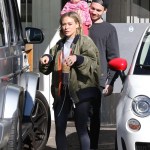 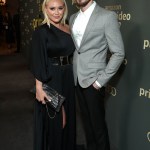 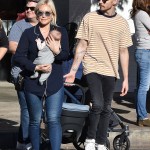 Hilary Duff and Matthew Koma, who share 1-year-old daughter Banks, got engaged in May after nearly three years together!

Hilary Duff, 32, is off the market! The Lizzie McGuire star married her songwriter fiance Matthew Koma, 32, in an intimate backyard ceremony on Saturday, Dec. 21 according to reports from TMZ. Hilary and Matthew tied the knot at her Los Angeles area home, and were reportedly surrounded by her friends and family including her older sister Haylie Duff, 34, and son Luca, 7. “It was a love-fest – a small and intimate ceremony at her house with friends and family,” a source spilled to JustJared. Though Hilary and Matthew have yet to confirm news on social media, Hilary’s stylist Jessica Paster shared a gorgeous image of a flower bouquet earlier in the day to her Instagram page. “Winter solstice … a day of luv ❤️🌺☃️🦋,” she captioned the lush red, blush and white florals.

Hilary and Matthew met back in 2015 — only a year after Hilary split from her ex-husband Mike Comrie, 39 — while she was working on her studio album Breathe In. Breathe Out. The couple made their official debut at a party for the SAG Awards in Jan. 2017, and were spotted looking smitten on several dates after that! Hilary announced she was pregnant in June 2018, writing “Guess what guys! @matthewkoma and I made a little princess of our own and we couldn’t be more excited!!!!!!🤰🏼👶🏼🎀” as she showed off her growing bump. The “So Yesterday” singer gave birth to their first child together on Oct. 29, 2018, welcoming daughter Banks Violet Blair, 1, to the brood. At the time, Hilary posted that the adorable baby had “fully stolen our hearts,” confirming that “she joined our world at home on Thursday afternoon and is absolute magic.” The new addition promoted Hilary’s son Luca to big brother, and he’s often seen hanging out with his baby sister on his mom’s IG stories!

Eight months later, Matthew decided to make things official with an engagement! “I asked my best friend to marry me,” he posted to Instagram on May 9. He captioned a sweet black-and-white photo of Hilary showing off her gorgeous square-cut ring, and their ear-to-ear grins showed just how in love they are! The singer/songwriter added a second photo of them kissing, while Hilary also took to social media to confirm the happy news. “He asked me to be his wife,” she posted, adding a heart emoji. The Younger star recently opened up about her upcoming wedding to Entertainment Tonight on Nov. 7! “We’re really excited and we’re torn between, ‘Are we just going to go to the chapel and do it?’ or ‘Are we going to have a little more thought put into it?'” she explained. “I think our families would kill us [if we eloped]. And we want the kids to be involved.”

This marks the second time Hilary has walked down the aisle, as she wed professional hockey player Mike Comrie in a lavish Santa Barbara ceremony in Aug. 2010. At the time, Hilary was just 22 years old, and the day didn’t quite go as planned: she unfortunately chipped her tooth eating a bagel the morning of and wedding planner Mindy Weiss had to call an emergency dental appointment! The couple later welcomed their only son Luca Cruz on March 20, 2012 but eventually announced their split in 2015.