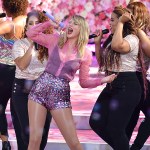 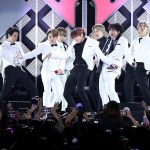 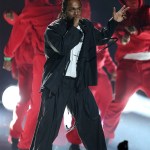 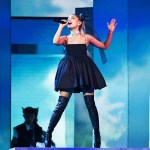 As Bastille & Marshmello’s ‘Happier’ continues to dominate the airwaves, the band spoke to HL about they’ve continued to evolve since their ’13 hit, ‘Pompeii.’

One of the hottest songs of 2019 was “Happier” by Marshmello and Bastille, and the song continues to make waves as fans listen to it on repeat. Bastille group member, Kyle Simmons spoke to HollywoodLife about the major success of the song leading into the New Year, and how their sound has evolved since their massive hit “Pompeii” in 2013. “Similar to ‘Happier,’ ‘Pompeii’ wasn’t ever planned to be a hit. It just seemed to to come out at a time where it could be quite uplifting, and even though the lyrical content isn’t necessarily something that is very easy to relate to or connect with, it’s got the chanting in there, which kind of transcends language,” Kyle explained in an EXCLUSIVE interview with HL, in partnership with Mastercard and JetBlue.

He continued, “‘Pompeii’ was a lot about growing up and having to fulfill these responsibilities and not really knowing how to be a person, and doubting yourself. Now, we’re more settled into our role as adults and the next steps that come after that.” “Happier” went on to surpass “Pompeii’s” number five peak on the Hot 100 and tying at its number two peak on the UK chart and currently holds the record for most weeks spent at number one on the US Dance/Electronic Songs chart, with 62 weeks as of November 2019.

“It’s been kind of crazy. It was certainly nothing like we expected at all. The song didn’t feel right to be just us, so we handed it to Marshmello who just took it on, and it has crept around the world,” Kyle explained. “It’s always hard to say why something just really strikes a chord, but the sentiment of the song is really relatable so people are able to understand the phrasing and relate to what it’s speaking to.”

Make sure to download Bastille’s album, Doom Days, which dropped in June and is available on all streaming services.