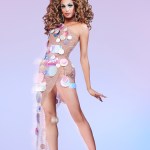 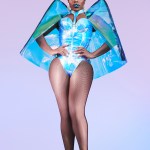 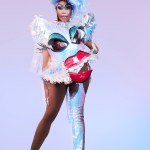 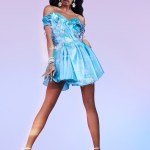 Laganja Estranja has a pretty good reason for why she’ll more than likely never appear on an upcoming season of RuPaul’s Drag Race All Stars.

RuPaul’s Drag Race has catapulted over 100 drag queens to international stardom, Laganja Estranja included. The Dallas, Texas native became a household name during season 6 in 2013 where her larger than life personality split fans of the long-running reality competition series who were either loving or hating what she was bringing to the show. She performed well on the program, winning a mini and maxi-challenge in the same episode before being eliminated by Joslyn Fox the following week. Laganja has found success after RPDR by appearing on other reality series like So You Think You Can Dance, the Netflix series Dancing Queen with her drag mother Alyssa Edwards and also releasing a bunch of solo tracks as her career has continued to climb.

So it would make sense that she would participate in an All Stars season alongside many of her RPDR alum who have also become big names after their debut season. Turns out it’s something she’s not interested in doing right now which she talked about with HollywoodLife EXCLUSIVELY at the Dec 4th launch of Glow Recipe’s newest clean product Banana Soufflé Moisture Cream.

“At this current time, I would not do a RuPaul‘s Drag Race All Stars series,” she began. “As much as I love the brand and I’m so grateful to be a part of it, I just really feel like I’m trying to expand my career and going back to that show would just pigeonhole me as just a RuPaul‘s Drag Race girl.”

She continued, “I want to be a choreographer, I want to be a director, I want to be seen as more than just my drag character. So that’s why I’m exploring other opportunities like being here with Glow Recipe.” Laganja also revealed that she’s coming out with an album that’s set to be released sometime in 2020 after working on it for the past two years.

Even though she has no plans to return to the iconic RPDR set she still has fond memories of her original run on the Emmy-winning series. “As a 23 year old, just moved to Hollywood, I think I did amazing,” she said of her season 6 performance. “I think that I really showed I was confident in who I was, and while I was a little over the top and maybe a little bit dramatic, I stayed true to who I am. So I’m very proud of what happened then and where it’s led to me now.”