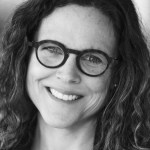 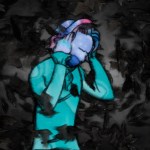 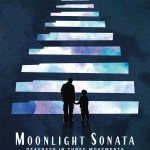 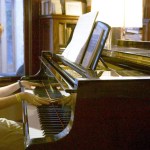 When Jonas Brodsky was a baby he could hear, but as he grew into toddlerhood, he also grew into deafness. In a new documentary, filmmaker Irene Taylor Brodsky lovingly follows his odyssey.

When Irene Taylor Brodsky gave birth to her first child, Jonas, she had more than the normal new mother fears about her son’s future. While Brodsky and her two siblings had both been born and grew up with normal hearing, her parents, Sally and Paul were both deaf. While it was clear from early on that baby Jonas could hear, that was not a comfort. Brodsky, her husband, Matthew, and their pediatrician would need to keep a close watch on Jonas and test him often, because her mother’s deafness had only developed as she grew into early childhood.

Genes have a way of reappearing in families, even if they skip a generation, Brodsky says as she narrates her moving new documentary, Moonlight Sonata: Deafness in Three Movements, which premieres on HBO on December 11 at 9 pm ET.

Sure enough, Brodsky’s fears were well founded as she and her husband were powerless when their son’s hearing began to slip away when he was a two year old–just like what happened to his grandmother. But what’s so different today in the 21st century is that deafness can be somewhat of a “choice.” The invention of cochlear implants, which include electrodes that are surgically implanted inside the ear and send sound signals to the brain, has now enabled most deaf people to hear. The implants are particularly effective when children receive them at a young age so that they develop normal speech as well as hearing.

Moonlight Sonata both documents the heartbreaking months when Jonas’s hearing  begins to fade, and then his return to the world of sound after his surgery. Fast forward nine years and the film picks up again with a rambunctious Jonas, 11, who now has two younger brothers–both of whom have normal hearing. He plays soccer, goes to regular school and he has taken up piano, which he loves. Not only does he adore piano, but he has fallen so in love with Beethoven’s “Moonlight Sonata,” that he wants to perform it in a school talent show.

What’s so ironic is that Ludwig van Beethoven wrote the piece in 1801, while he was tragically losing his hearing. Beethoven “wrote this piece in the watershed year of his life when he was coming to terms with the fact that he was going deaf,” filmmaker Irene Brodsky tells HollywoodLife in an exclusive interview. “It was a tremendously difficult period for him and he was suicidal.”

It was ironic for Brodsky to learn this as she watched her son who had “a very passionate relationship to music” practice this piece. But for Jonas himself–the irony was lost– he simply loved the music. “As both a mother and a filmmaker, I was struck by this cosmic coincidence that my deaf son wanted to learn a piece written by a composer as he went deaf,” she says. And at this point, she talked to her colleagues at HBO about starting to film more of her son Jonas’s efforts. “I was definitely struck by it both narratively, but also inspired as a mother. And I did everything I could to help him learn it,” she recounts.

Brodsky set up her video cameras in the family living room around the piano for about six months, filming about 15 piano lessons with his teacher and “just countless, hundreds of moments of him at the piano.” While the film is anchored by Jonas’s obsession with mastering “Moonlight Sonata,” it also documents the close and loving relationship that Brodsky’s son has with his deaf grandparents, who only had their own cochlear implant surgeries, about a decade earlier, after having lived most of their lives without the world of sound.

Brodsky is a “CODA”– ‘a child of deaf adults,’ and now as a parent of a deal child, she is “sandwiched” between two generations of deafness. “I think one of the themes of the film, is that you see how this older deaf generation is teaching the younger deaf generation how to remain deaf in a world where you can opt out of deafness now” she explains. Brodsky sees and wants Jonas to see that there are “many values in his deafness that he should always hold onto.”

Jonas himself learns that his deafness gives him the ability to concentrate on his practice and “hear” the music just inside his head. And this was just like Beethoven did for the last 13 years of his life when he was totally deaf, but still composing some of his greatest works.

Jonas comes to see his ability to take the outside portion of his cochlear implants off and “turn off” sound, as his “superpower.” “His super power is not being able to hear, to turn off the hearing. The super power is the choice,” Brodsky says, still in awe. “That’s a very rare choice that very few of us have.”

Moonlight Sonata is effused with love. Love of Jonas, love of Brodsky’s parents. Love between all of Jonas’s grandparents and their grandchildren. It’s a deeply personal documentary that gives a fascinating insight into the world of the deaf, which has been revolutionized in the past two generations. For thousands of years, sound was not an option for the deaf and while Beethoven may have been suicidal about his deafness, a rich culture grew up in the deaf community. “There’s certain communication values a lot of deaf people who use sign language or speak visually have that many of us don’t always acquire, such as always looking someone in the eye when they speak–because for a deaf person, seeing language is everything,” says Brodsky.

Anyone who tunes into HBO for the premiere of Brodsky’s Moonlight Sonata on December 11 at 9 pm ET will no doubt be touched by both the miracle of hearing that a deaf child can receive today, but also by the beauty of the silent deaf culture.