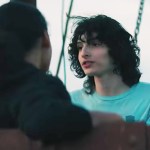 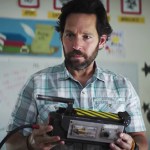 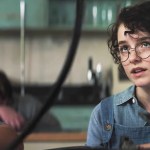 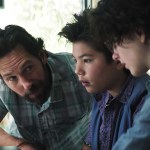 It’s time for a new generation of Ghostbusters. The first trailer for ‘Ghostbusters: Afterlife’ debuted on Dec. 9 and featured so many throwbacks to the original. Finn Wolfhard and McKenna Grace are related to a beloved ghostbuster!

The year 2020 is going to bless us with an all-new Ghostbusters movie. Ghostbusters: Afterlife will be released on July 10, 2020. The movie follows a single mom (Carrie Coon) and her two kids as they arrive in a small town. Soon after they move there, they begin to discover their connection to the original ghostbusters and the secret legacy their grandfather left behind. Stranger Things star Finn Wolfhard and Mckenna Grace play siblings Trevor and Phoebe. They meet Mr. Grooberson (Paul Rudd), who has started to notice strange things are happening in Summerville. The town is shaking on a daily basis.

Phoebe finds a ghost trap in the creepy old house her grandfather left behind. “There hasn’t been a ghost sighting in 30 years,” Mr. Grooberson says. He brings up what happened in the 1980s in New York City with the original ghostbusters. Phoebe soon discovers her grandfather’s mysterious lair. She comes across Spengler’s suit, which means Phoebe and Trevor are Egon Spengler’s grandchildren!

The kids soon realize they are not alone. Ghosts are all around and they have to stop them before it’s too late. Trevor drives the iconic Ecto-1 and begins taking down those pesky ghosts with his sister and their friend.