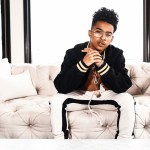 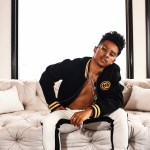 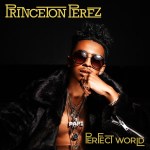 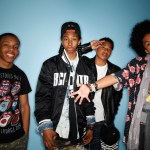 Princeton Perez sat down EXCLUSIVELY with Hollywood Life and dished on his career as a solo artist and chart-topping hits!

After a three-year hiatus, Princeton Perez is back and ready for a new chapter of success. The 23-year-old singer-songwriter, professional dancer, and actor has now released his first solo EP after nearly a decade in his former band, Mindless Behavior. Princeton sat down to talk EXCLUSIVELY with HollywoodLife about “Papi Chulo” which meshes a perfect blend of classic R&B and pop tunes and also dished on rebranding himself as a solo artist, household name, giving longtime fans and new fans alike something new and fresh and letting everyone know that he is here to stay!

“Transitioning from a group to a solo artist, it’s been organic because originally I wasn’t planning on going solo,” Princeton described of his new venture after being a part of Mindless Behavior for nearly a decade. “But I just found myself in the studio and before I knew I had, like, 50 songs recorded and then after that I decided I was going to go solo. So it was really organic, I didn’t have a plan, but I think that’s why it worked out. I just made music for fun!” He added, “While I’m promoting, I’m starting to realize I’m doing a lot of firsts as a solo artist.” Check out the full interview above!

Princeton also talked with us about the inspiration behind his EP, “Papi Chulo Prelude” and he explained, “Well, I had been recording the EP for almost two years and what I started doing was – every time I started recording I heard a dope word, a dope sentence, I would just write in my notes. So I have like a note, where it says, ‘EP Titles,’ and it’s like over 500.”

Princeton — affectionately known as “Papi Chulo” to the ladies — has been grooming himself for super stardom since 2011 when he launched his career with the hit urban boy band Mindless Behavior. The group released their first LP No.1 Girl followed by “All Around the World” which entered at No.1 on Billboard in 2013 selling a combined 500,000 units, charting 2 No.1 singles and selling over 8 million ring tones.