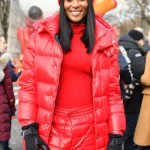 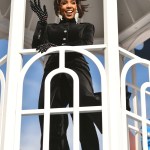 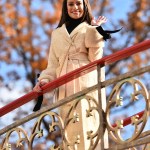 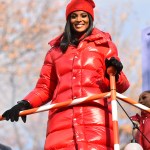 TLC wowed with some throwback spirit at the Macy’s Thanksgiving Day Parade. T-Boz and Chilli brought back some old memories as they performed ‘No Scrubs’ & “Waterfalls.’

What would a Macy’s Thanksgiving Day Parade be without a little nostalgia. The ’90s girl group TLC showed that they’ve still got it as Tionne “T-Boz” Watkins, 49, and Rozonda “Chilli” Thomas, 48, sounded as fierce as ever as they performed “No Scrubs” and “Waterfalls” during the New York City event on Nov. 28. The ladies were bundled up for the cold weather while performing theiir classics perfect song to help people who were up early working on cooking their Thanksgiving meal to get their groove on.

It’s so great to see the ladies back together and looking so great. The band in their 90’s heydey were famous for such iconic songs as “No Scrubs,” “Waterfalls,” and “Unpretty. Their 1994 album CrazySexyCool went on to sell over 10 million copies. Sadly their most colorful — and controversial — member Lisa “Left Eye” Lopes was killed in a car accident in Honduras on April 25, 2002. Despite the tragedy, T-Boz and Chilli completed TLC’s fourth studio album 3D and the pair decided to continue on with TLC as a duo and not replace Lisa. But they never regained the height of their popularity.

In 2015 the duo wanted to make a comeback to record their fifth and final album, but needed financial help to do it. The ladies turned to Kickstarter to raise the $150,000 needed and within 48 hours they reached their goal. They ended up with a total of over $400K in donations with some serious dough coming from the likes of celebrity fans including Katy Perry, Justin Timberlake and The New Kids on the Block. In May of 2015, TLC even went on their first tour in 15 years, joining TNKOTB and Nelly on the road.

The duo finally delivered their fifth and final album, simply titled TLC on June 30, 2017 and they’re still going strong in 2019. In July, TLC went on tour with Nelly and FloRida. It was so great to see them again at the Macy’s Thanksgiving day parade.