Surf, sand and fun! Liam Hemsworth hit the beach in Malibu on Thursday while his sister-in-law Elsa Pataky made headlines for saying he “deserves better” after his split from Miley Cyrus. The actor, 29, and his older brother Luke Hemsworth were photographed shredding the gnar during a surf session, which lasted a few hours.

In other photos, Liam slipped out of his skintight wetsuit to change into a comfy, plaid jacket. Before he was able to cover up, cameras caught the Aussie’s six-pack abs and his bulging biceps while he rocked tinted sunnies. Liam, along with his brother, stood near their truck on the roadside while they changed out of their surf attire.

The brothers’ day at the beach came as their sister-in-law stirred up drama online when she stuck up for Liam in an interview over his messy divorce from Miley. “My brother-in-law, well … After a relationship that you’ve dedicated ten years to, he’s a little bit down, but he’s coping well,” she told Hola! magazine during an interview published on Thursday. Elsa added, “He’s a strong boy and he deserves the best, I think he deserves much better.” 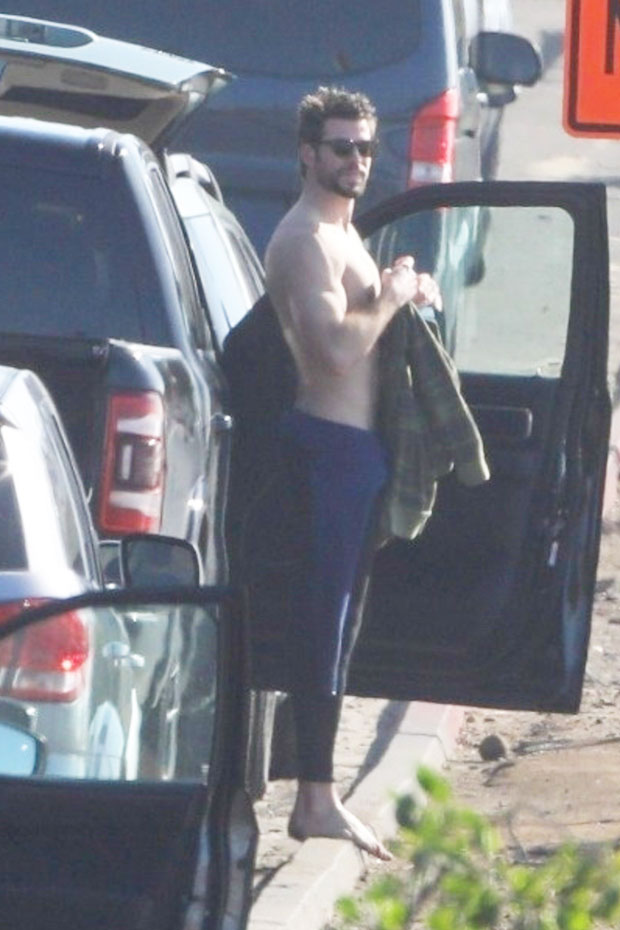 Liam Hemsworth changing out of his wetsuit after a day of surfing in Malibu on Thursday, November 21, 2019. (Photo credit: RMBI/BACKGRID) 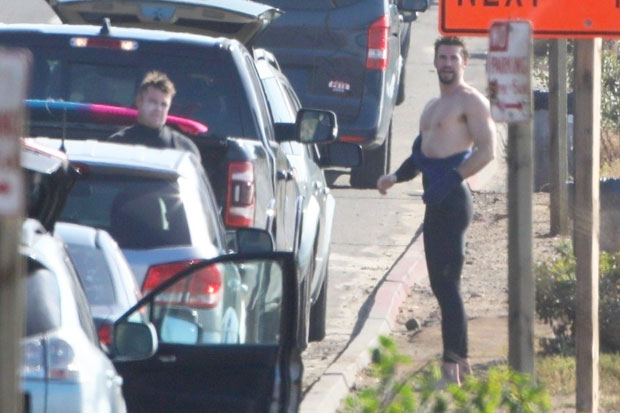 Liam Hemsworth changing out of his wetsuit after a day of surfing in Malibu on Thursday, November 21, 2019. (Photo credit: RMBI/BACKGRID)

Miley and Liam’s unexpected split shocked fans in August when the singer was spotted getting cozy on multiple occasions with Brody Jenner‘s ex-wife, Kaitlynn Carter. The two briefly dated before Miley moved on with Australian singer, Cody Simpson. They are currently still dating.

Meanwhile, Liam has laid low, despite rumors that he’s dating Maddison Brown after being spotted holding hands with the actress in early October. The actor officially filed for divorce from Miley on August 21, citing “irreconcilable differences,” as seen in official court documents obtained by HollywoodLife.

Miley and Liam ended their relationship just eight months after their intimate wedding ceremony in Tennessee. Before they married, Miley and Liam had been together, on and off, for about 10 years.