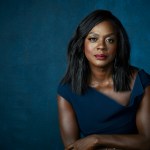 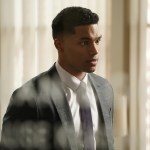 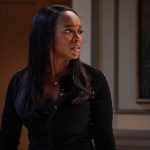 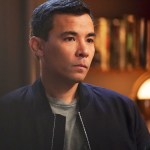 The fall finale of ‘HTGAWM’ has arrived and you know the show is going put us all on the edge of our seats. HL spoke with creator Pete Nowalk about the show’s final season, each character’s ending, and more.

How To Get Away with Murder is inching closer to its series finale. The hit ABC drama series is coming to an end after 6 wild seasons. HollywoodLife talked EXCLUSIVELY with HTGAWM creator Pete Nowalk at The Paley Center for Media’s How To Get Away with Murder event on Nov. 20. When HollywoodLife asked whether or not everyone will get a happy ending, Pete quickly said, “I can answer that very easily. No.” Well, we already know Annalise doesn’t get a happy ending. She’s dead in the flash-forward. But now we’re scared for everyone else.

As we all know, How To Get Away with Murder never goes the expected route when it comes to characters and storylines. Pete discussed his plans for how each character’s journey ends. “I always want things to feel surprising but also true to the character,” Pete continued. “Really what I want is for each character to be faced with a ‘Sophie’s choice’ of their own life. Who do they want to be? I think they are all moral people in the end, and so they never planned on becoming murderers and terrible people. I think they’re each going to decide what type of person they want to be at the end of the show and that might surprise people.”

He also opened up season 6 being the final season. “It was ultimately my decision to decide to end it,” Pete told HollywoodLife. “I really just wanted to be able to tell an entire arc for the show and I didn’t want to be caught at the end of the season with, ‘You have two episodes left to end it.’ So it felt like a scary decision because I love writing for it. I love writing for these actors. They’re gifted. It’s the biggest story of my life. But I also felt like I had to just make the harder decision and end it. I’m really excited that we did that now because we have some crazy but fulfilling and satisfying episodes coming up.” Pete added that there are “very final endings” that he’s proud of. He added, “I think I really wanted to give the audience that because the show was one big cliffhanger. It’s like, ‘Here’s an answer. Here’s another question.’ I think for me what I really want from this finale in 6 episodes is to really just answer so many of the questions.”

With so many shows being rebooted and revived, it’s not out of the realm of possibility that HTGAWM could come back down the road. Pete said he’s not interested in thinking about a reboot “right now” but “never say never about a reboot in 20 years. Let’s see where I am.” How To Get Away with Murder season 6 will return April 2, 2020.