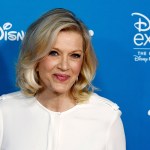 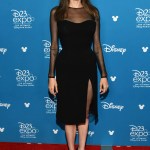 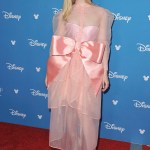 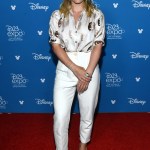 You may love Captain Marvel or Iron Man, but it’s the kids of ‘Marvel’s Hero Project’ that will make you truly believe in super heroes.

Among the incredible content ready to stream on Disney+ when the service launches on November 12 is a documentary program that will introduce the world to a new generation of heroes. As the title suggests, Marvel’s Hero Project goes behind-the-good-deeds of real life kids creating real, positive change in their communities. Each 30-minute episode focuses on the life and accomplishments of a truly exceptional young person, before surprising them with the honor of being inducted into the Marvel family. Sana Amanat, executive producer of the series, spoke with us about the “unique and special” series that gives a platform to some incredible change makers. “We’re focusing on the next generation of people that I think are going to be the leaders of tomorrow,” Sana explained when we chatted ahead of the premiere. “We’re focusing on what they’re doing today and right now to change the world for the better.”

Sana, who co-created Marvel’s first solo series to feature a Muslim female superhero, Ms. Marvel, has been at the forefront of telling diverse stories with the company, and this show carries on that legacy.  It’s instantly impactful seeing how many kids are out there, all from very different backgrounds, all just as equally passionate about making a difference for the future as the next. Through our conversation, Sana couldn’t help but rave about the amazing achievements of the kids documented in the series. Like Austin, 12, who helped launch a community garden to feed the homeless; Tokata, 15, who participated in the Standing Rock protests; and Adonis, 14, who lost his sight at the age of 6, and still went on to become the running back of his football team.

Each of the these inspiring teens, and plenty more, get the chance to tell their story through the series. Then, at each episode’s end, they are inducted as super heroes with their very own comic book illustrated by Marvel, cementing their contributions forever in comic form. In the case of Adonis, Marvel even went so far as to create their first comic written in Braille.  “They all do come from different walks of life and backgrounds and experiences,” added Sana, “and it’s another reminder that heroes are everywhere and heroes can look like anyone as long as they believe in themselves and they believe in doing good work.” Read on for more from our conversation with Sana about the show and the remarkable kids it showcases.

Marvel’s Hero Project is such an inspiring and moving show. Can you tell me how it first came together?
It actually goes back to an old Marvel executive who was talking about Marvel super hero stories with his kid and his kid talking a bit about why we don’t tell stories about real kids doing great things. It was a really simple idea, and at the core of it, we realized it’s a very Marvel idea: telling stories about real human beings doing incredible things.

The stories you’re telling are really incredible, especially given that they are about young people making real change. How did your team find these young heroes?
Our production partners, MaggieVision, really helped us do a lot of the research to find these kids. Some of these kids have gotten some media attention; others they stumbled across their many hours and months of research. For us, we were looking for, of course, young people doing incredible important work in their community, but also who had a mission statement onto their own and who had the qualities that we consider, of a Marvel hero. We felt like these kids were the ones who are real change makers and we’re just so excited to celebrate them, bring them into the Marvel universe.

Your background with Marvel is equally as inspiring, as you’ve been very much at the forefront of bringing in more diversity representation to the comics with Ms. Marvel. How rewarding was it for you to see impact on these kids of the honor of being represented in a comic book and inducted into the elite group of heroes?
[The show] is really everything that we’ve been talking about for so long and everything we’ve been striving to do, just in terms of having representation on the page. One of my favorite moments in comic is when Miles Morales peels back his Spider-Man costume for the first time and people realize, “Oh, that’s Miles Morales. It’s not Peter Parker.” What that does for young kids and young kids of color in particular and what that means and the statement of how Marvel has evolved, and for me — that’s everything. For me, that’s what we do really well and I want us to continue to do more of.

For me personally, it’s like we’ve come full circle because we’ve been celebrating this idea [of representation] and we’re doing it in such a tangible and real way. You can open the door and you can find an Adonis or you can find an Austin or Takata who are doing it right now and reminding us that it doesn’t matter how old you are, doesn’t matter what your background is, you can do incredible things, you just have to will it. That’s what’s so lovely and inspiring and fulfilling about the series for me.

Is there a moment or an episode in this first season that defines the series for you ?
I can’t even narrow it down because I’m just going to start listing every single kid and it’s every moment. I will challenge folks to not tear up in every episode because they’re such sweet, inspiring kids. I’m so much older than them and it makes me want to do more. I feel like I’m not doing enough! I feel unworthy. I’m like, “How old are you? What are you doing? What have I done?”

But, I love that. It’s such a reminder that we should not take for granted that the next generation does have these powers. They are intelligent, smart, and they need our support. We have to [not just] be asking, how are we going to support them and how are we going to encourage them to be their best selves? But also help them in their good work, because they’re not waiting for us and they’re not asking for permission.

What do you hope the audience takes away from the show?
That they feel like they can go and do good things, no matter how big or small they are, and that it matters that they can look at their community and try to connect with one another. They can also try to look at other people that may not look like them or have their backgrounds and experiences and find a sense of empathy and find a way to truly connect with them and try to help them out. So rarely people forget to look outside of themselves and hopefully they’ll be able to do that [after watching the show].

What I love about all of these shows is that every single one of these kids has a great support system around them, whether it’s their family members or friends or their community. That, in itself, is inspiring too, because I think it’s a reminder, hopefully, to the families and communities watching, that they should try to lean on each other and support one another and help one another … I really think it’s a great message for young and old and hopefully, for parents in particular, they’ll think it’s a great entry point for their kids to educate them about activism and volunteering and being part of a community.